Grand Inga hydroelectric power project timeline, and all you need to know The Grand Inga hydroelectric power project is a massive US$ 80 billion expansion to the existing 351-MW Inga 1 and 1,424-MW Inga II plants in the Democratic Republic of Congo that were commissioned in 1972 and 1982 respectively.

The Grand Inga hydroelectric power project, which mainly involves the construction of a series of six additional dams, is set for development across the Congo River-the world’s second-largest in terms of flow (42,000m3/s) after the Amazon, and the second-longest river in Africa (4,700km) after the Nile River-approximately 150 kilometers upstream of where the river empties into the Atlantic Ocean.

It is estimated that the vertical drop, the volume, and velocity of water flow at this site, can support a series of hydroelectric power stations, each with generation capacity ranging from 4 to 8 GW. 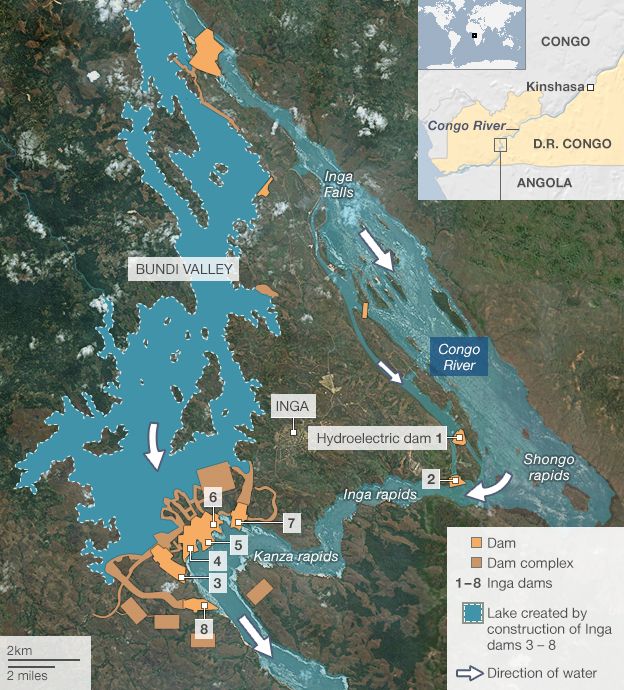 The project will be implemented in 6 development phase’s starting with the construction of Inga III. The latter will be constructed in two sub-phases, initially a low head and then a high head, extending the dam wall and making it higher.

There will be no closure of the Congo River nor the construction of tunnels, just an open channel. Approximately 6000m3 m/s will be diverted for Inga III to a valley that runs parallel to the Congo River bed. When completed, Inga III will have the capacity to produce 4,800MW of electricity.

The construction of the successive phases of Grand Inga will hinge on the availability of a market and funding for the project, the design of which allows independent development of the power stations in the series, as well as the phased development of each station.

Upon completion, the entire project is expected to produce up to 42,000 MW of electricity, over twice the power generation capacity of the Three Gorges in China, which at present is the biggest hydropower project in the world, and more than a third of the total electricity currently produced in the whole of Africa.

The World Bank pledged its support i.e. technical support in the form of a US$ 50 million grant to cover EIA studies and all technical studies that needed to be carried out, as well as training of officers, setting up of Inga III Dam Authority, and development of a communication plan for the Grand Inga hydroelectric power project.

The African Development Bank (AfDB) provided US$ 15 million dollars to conduct a feasibility study of Inga-III and the Grand Inga hydroelectric power project.

South Africa and the DRC signed a Memorandum of Understanding (MOU) in November for the development of the Grand Inga project.

In May the two governments signed a co-operation Treaty to jointly develop the Inga III Dam. The DRC re-launched the process for the selection of a developer and established the first stage objective of the Inga dam project which was to lay the foundation stone in October 2015. 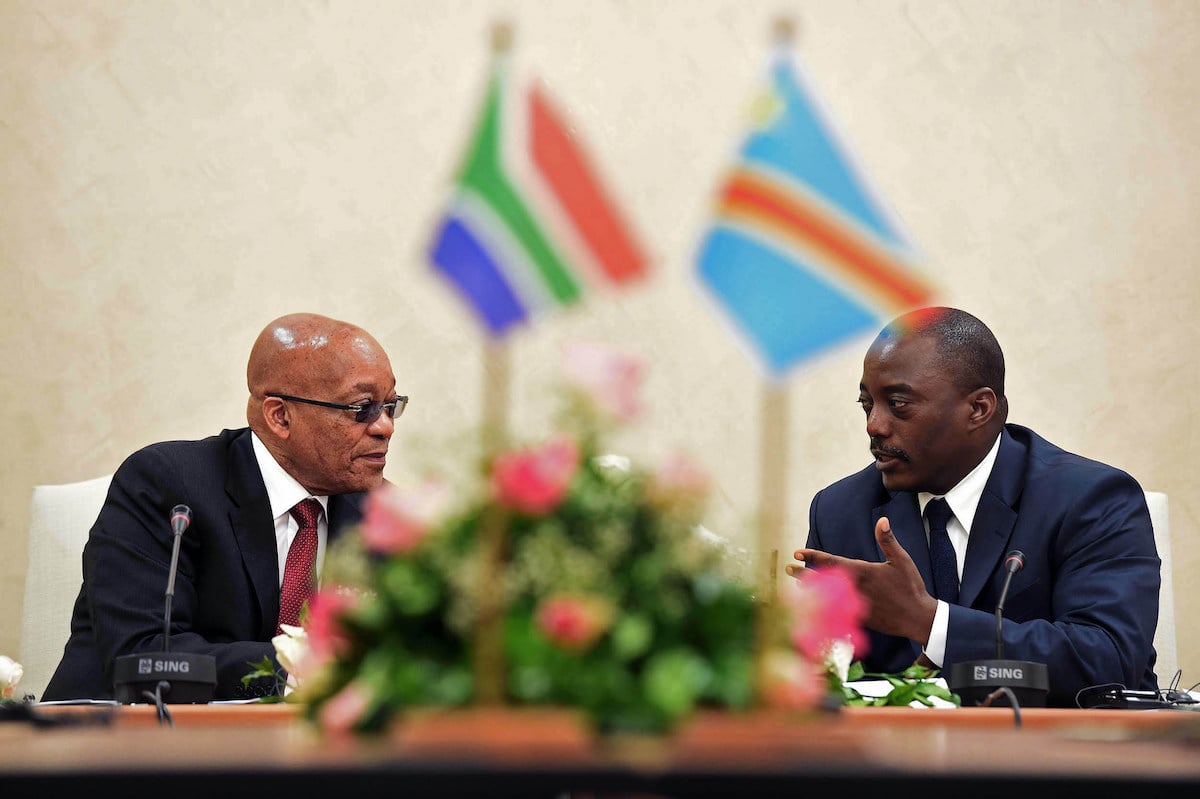 In June, the AfDB together with the DRC government signed 2 grant agreements for a total of US$ 5.250 million. These grants fell within the framework of the Fragile State Facility (FSF) and were intended to provide technical assistance for the development of the project.

In early July, the terms of reference for the Inga III social and environmental impact assessment (SEIA) studies were posted for public comments.

The World Bank canceled its support for the Grand Inga hydroelectric power project.

In October, an agreement was signed between the Government and a consortium of Chinese and Spanish companies to undertake technical studies and environmental and socio-economic impact assessments of Inga 3.

This came following the decision by the Government of DRC to change the Inga 3 concept from 4,800MW to 11,000MW for a total investment cost of US$ 18bn – including US$ 4bn for the transmission lines.

In June, the Government of DRC resolved to present the project to the regional heads of State and explore the market on the continent for the power generated. 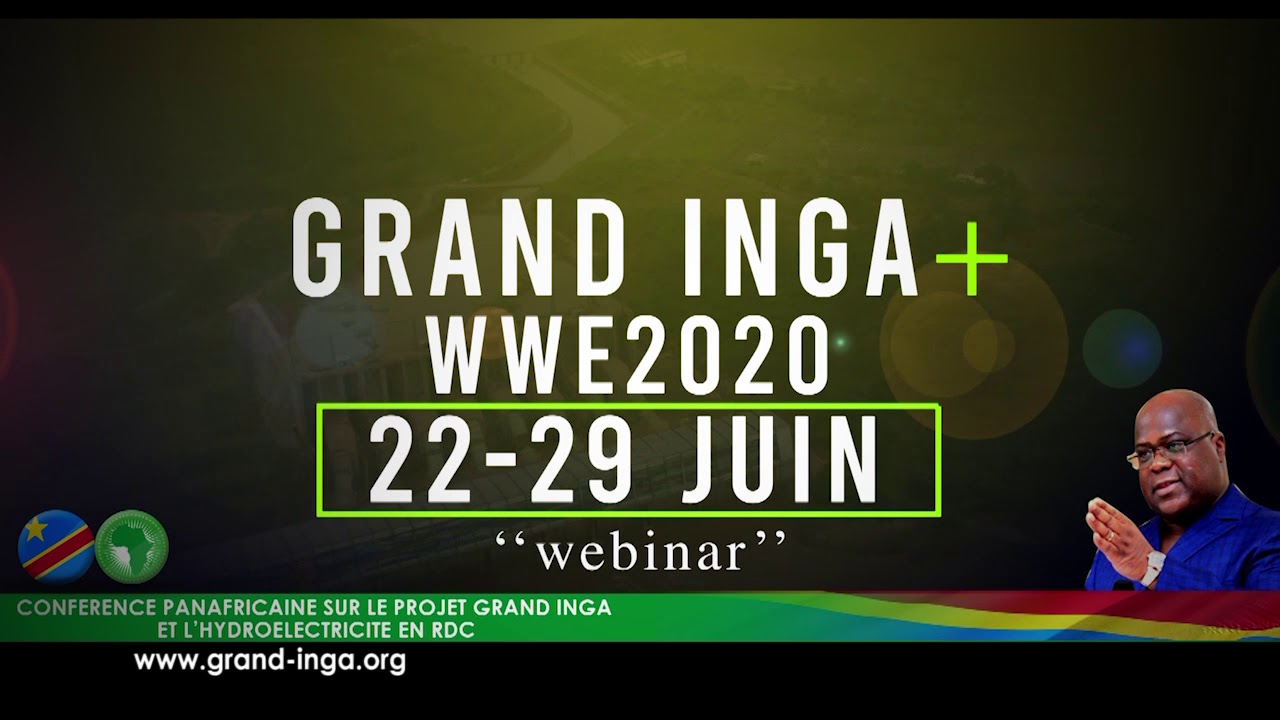 South Africa indicated a willingness to buy 2.5 GW of the dam’s output while Nigeria showed interest in buying 3 GW and the Congolese mines in Katanga Province 1.3 GW.