A downtown hotel which was built in 1886, known as The Driskill hotel, has been undergoing a multi-million dollar renovation for three years to modernize its suites and now the first 14 suites have been completed.

Located in the heart of downtown Austin at 604 Brazos St,  this 189 room historic hotel named The Driskill, was originally built by Colonel Jesse Driskill who was a well established businessman and a cattle baron; at that time, the luxurious grand hotel was intended to rival the the palaces of other big cities.

The Driskill hotel was acquired in 2013 by the Hyatt Hotels Corporation and has been operated by them ever since. Hyatt planned to invest about 8 million for the hotel’s upgrades and these recent developments mark the first set of renovations  to be made  for the rooms of this iconic hotel since 1998. Renovations to resume on The Otis Hotel San Antonio 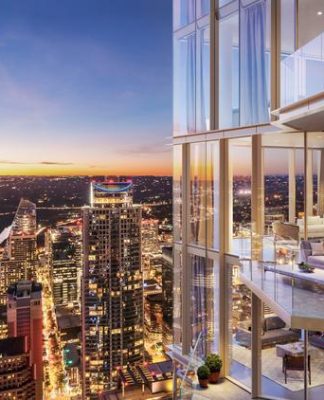 According to Ashley Famalette, The director of sales for The Driskill hotel, renovation costs for the first 14 suites are estimated at $2.9 million. Famalette said, “We really wanted to keep the historic trend and pay homage to the Driskill’s rich history within the city, but also make it modern for today’s traveler.”

Clayton Korte, a Texas-based architecture firm handled the designs for the newly renovated suites, which are custom designed spaces that still maintain the  rich 135-year old history of the property. The interior designers at Rottet Studio worked in collaboration with the architectural firm to repurpose the historic components of the rooms and this involved altering existing materials and fixture palettes to ensure each space  could showcase a unique personality. The upgrades for the 14 newly renovated suites in The Driskill hotel, include redesigned bathroom layouts, new fixtures and finishes designed to  enhance the experiences of the guests.

Future renovation plans to upgrade the remaining 175 guest rooms of The Driskill hotel have been scheduled to kick off in September 2022. In addition, The Driskill Bar and other outlets will also be  developed.