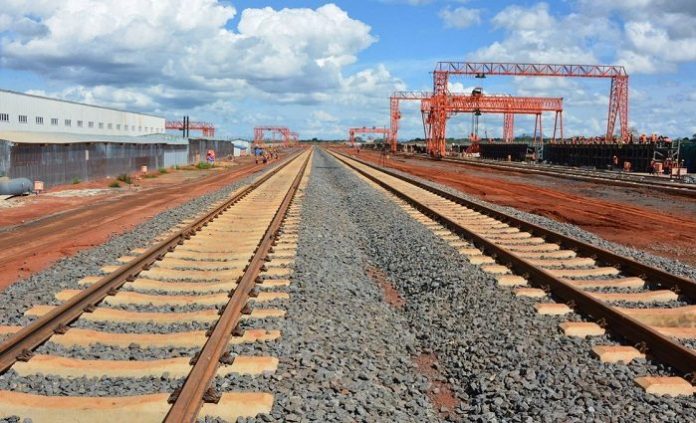 Tanzania is unlikely to meet the November deadline for the first phase of the 300km-long US $1.9bn standard gauge railway (SGR) being built between Dar es Salaam and Morogoro. The current short rains have slowed laying of the tracks on concrete sleepers along the line.

The recent rains have also paralysed drilling works at a hill where a tunnel needs to pass through as well as building of bridges, which have to be constructed in dry weather. However, according to Jamila Mbarouk of Tanzania Railways Corporation (TRC), despite a slowdown in construction, the SGR project is at an advanced stage. “Construction at various sites has reached 70%,” she said.

The contractors, Turkish firm Yapi Merkezi, in partnership with Portuguese firm Mota-Engil Africa have completed a stretch of 210 kilometres and are finalising works on the main stations. “The first phase has six main stations at Dar es Salaam, Pugu, Soga, Ruvu, Ngerengere and finally Morogoro. The Dar es Salaam and Morogoro stations will be the biggest,” said Mbarouk.

The TRC has however officially launched the second phase of the SGR construction between Morogoro and Makutupora, covering 422km at a ceremony held in Morogoro and graced by deputy Minister for Works and Transport Elias Kwandikwa. Separate tenders will be floated for the three remaining sections—Makutupora-Tabora (294km), Tabora-Isaka (133km) and Isaka-Mwanza (248km)—in the 2021/2022 fiscal year.

The SGR will cover 1,457kms from Dar es Salaam to the shores of Lake Victoria, and will cost US $7.5bn over the next five years. The TRC says the procurement of 1,430 cargo wagons, 20 locomotives and other equipment has begun. The line will serve neighbouring countries of Uganda, Zambia, the DR Congo, Rwanda and Burundi.