Nigeria-Morocco Gas Pipeline Project and all you need to know Starting from Nigeria, the 5,660 kilometers long NMGP will pass through Benin, Togo, Ghana, Cote d’Ivoire, Liberia, Sierra Leone, Guinea, Guinea-Bissau, Gambia, Senegal, and Mauritania, to end at Tangiers, a Moroccan port on the Strait of Gibraltar, with a possible extension to Europe through Spain. 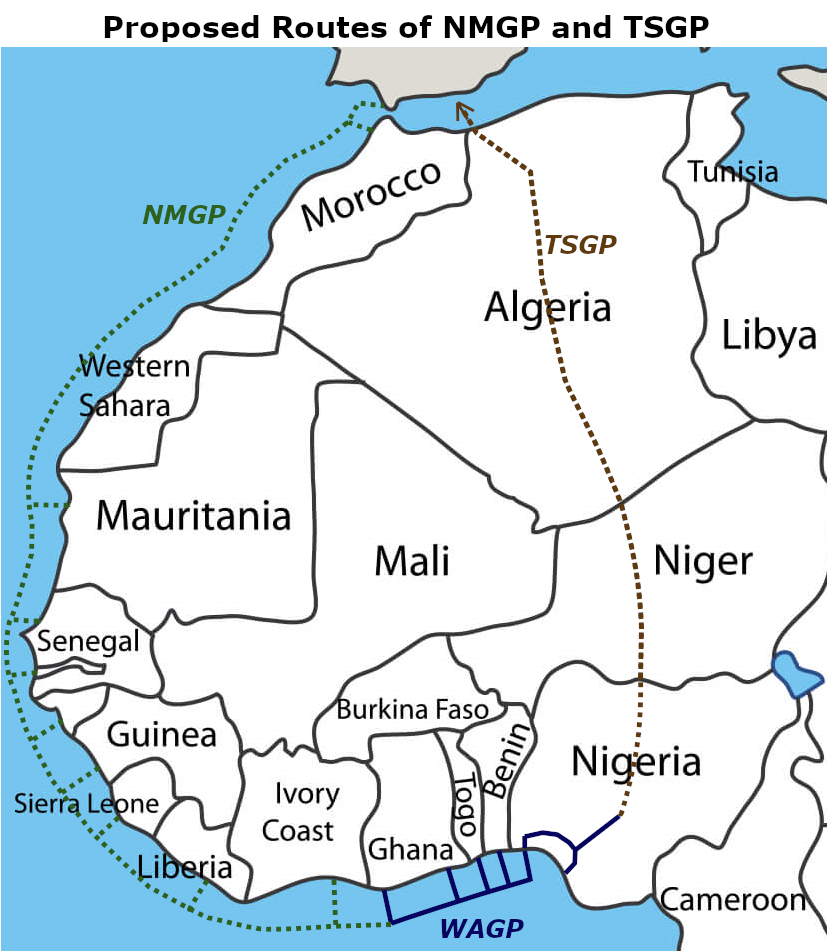 NNPC and ONHYM completed the feasibility study for the construction of the pipeline in January, and in the same month, the two countries awarded Penspen Engineering Company a contract o carry out the first phase of projects front-end engineering & design.

In August, NNPC and ONHYM presented the pipeline proposal at a special meeting of the Economic Community of West African States (ECOWAS) during which the Director of Energy and Mining of ECOWAS spoke positively of the project.

In February, King Mohammed VI and President Muhammadu Buhari affirmed their commitment to the construction of the Nigeria-Morocco gas pipeline. In June 2021, the Chief Operating Officer of the gas and power of the Nigerian National Petroleum Corporation (NNPC), Yusuf Usman announced the start of the project.