Woolwich Exchange project timeline and all you need to know Woolwich Exchange is a proposed US$ 568M project for the redevelopment of the former Covered Market and the surrounding area in Woolwich, Royal Borough of Greenwich in London, UK, into a 2.3ha mixed-use neighborhood.

The project is led by St Modwen Properties, a British-based property investment and development business that specializes in the regeneration and remediation of brownfield land and urban environments, in collaboration with Notting Hill Genesis, one of the largest housing associations in London and the south-east.

Woolwich Exchange project will deliver a total of 801 high-quality homes, designed for flexible living, with space to live and work at. The homes will be spread on six main residential blocks split into two phases dubbed the West Phase and East Phase. The two phases are intersected by Parry Place Street.

The West Phase is planned to have a total of four blocks with buildings ranging between 4 and 23 floors for a total of 493 homes with a mix of studios, one, two, and three-bedroom units.

The Covered Market, which is set to be retained by refurbishing and repurposing it to house a five-screen PictureHouse cinema, cafes, bars, and restaurants, forms a part of the West Phase. 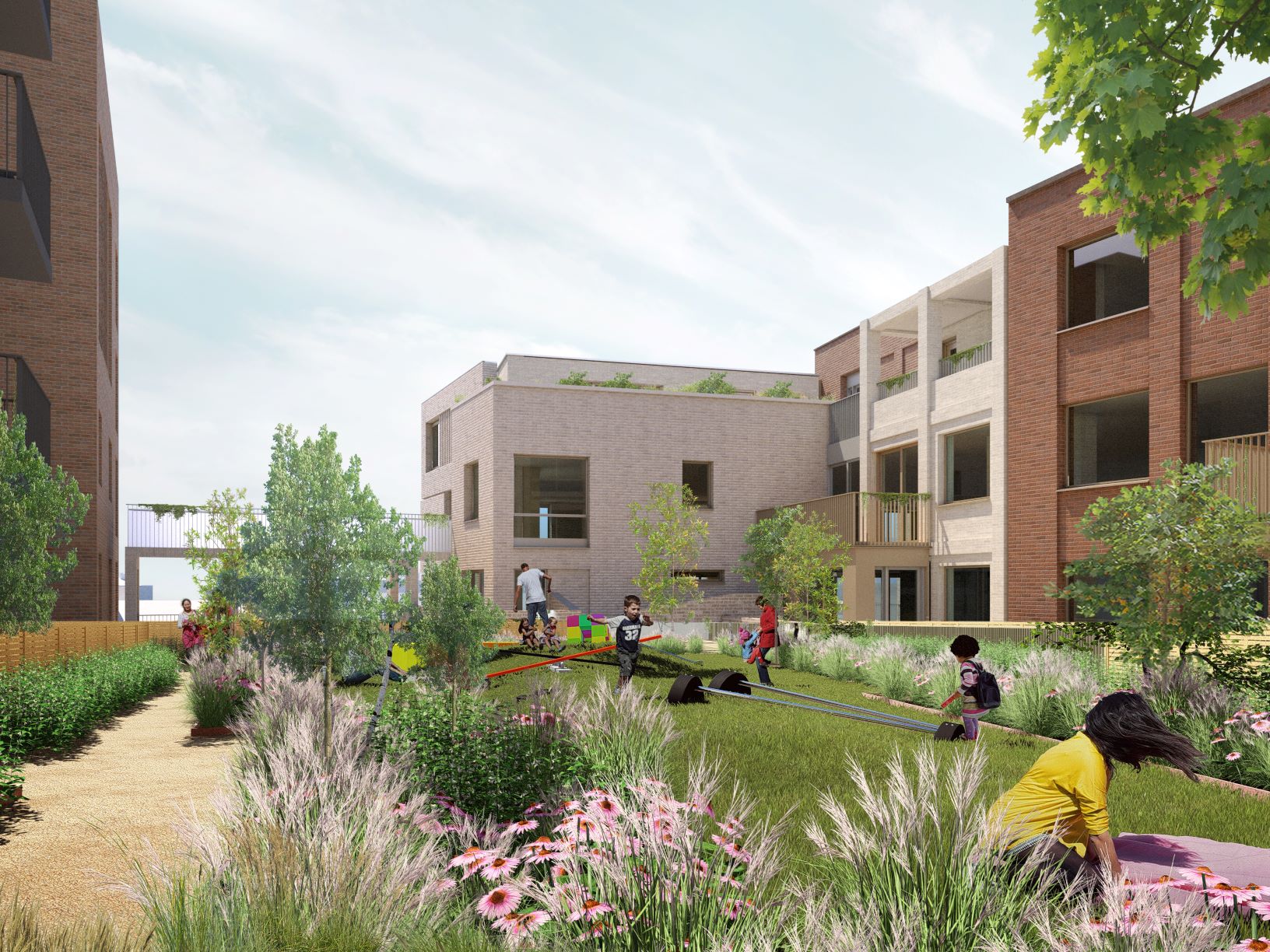 The East Phase, on the other hand, will include two blocks with buildings ranging between 5 and 24 floors for a total of 308 homes, leisure areas, and workspaces. The homes will feature private gardens, balconies, and roof terraces, while the larger buildings will feature landscaped courtyards.

Also Read: The Link tower in Paris facts and timeline.

The taller buildings in the Woolwich Exchange project will be located in the northern part of the site to reduce the effects of sunlight and overshadowing on amenity spaces, and the spacing between the buildings will be sufficient to reduce direct overlooking between homes for privacy.

Other than the building, the project will also include the development of new green, public spaces, with extensive planting, benches and outside seating available for cafés, bars, and restaurants – offering a new, outdoor environment in the middle of Woolwich town center, as well as promoting urban biodiversity.

A new green barrier will be created along Plumstead Road, to form a pleasant pedestrian route that runs across the site from east to west, and to separate the pedestrian track from vehicle traffic. 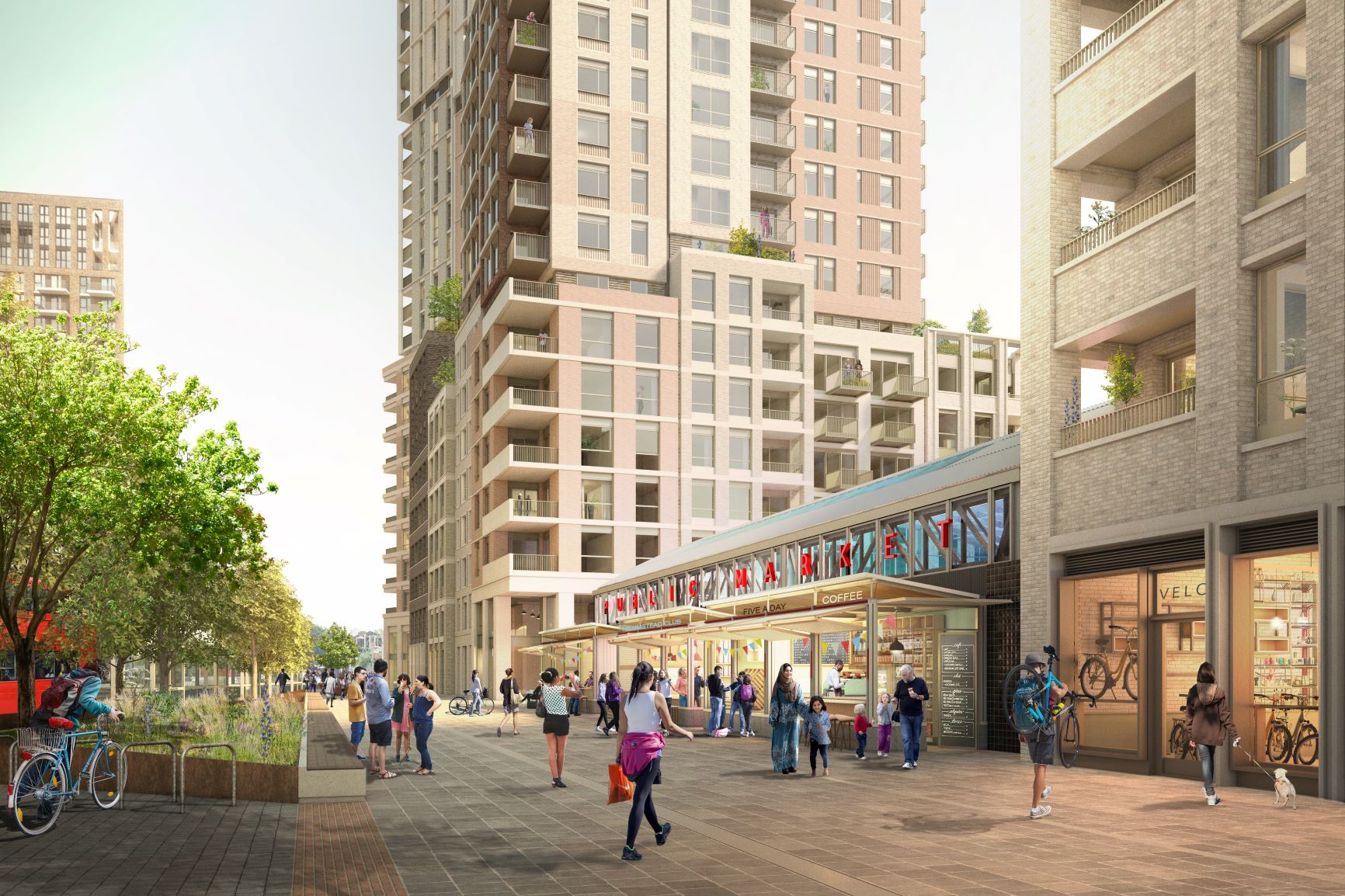 Upon completion, the Woolwich Exchange will be one of the most sustainable developments in London, with innovative heating and cooling systems, which will see savings in carbon emissions of over 50% compared to the requirements defined by building regulations.

The Royal Borough of Greenwich identified the site for Woolwich Exchange project development.

Spray Street Quarter, a joint venture between St. Modwen and Notting Hill Genesis was selected to develop the project.

Woolwich Exchange was adopted as the new name of the project.

In May, the Royal Borough of Greenwich’s Planning Board approved the Woolwich Exchange project.