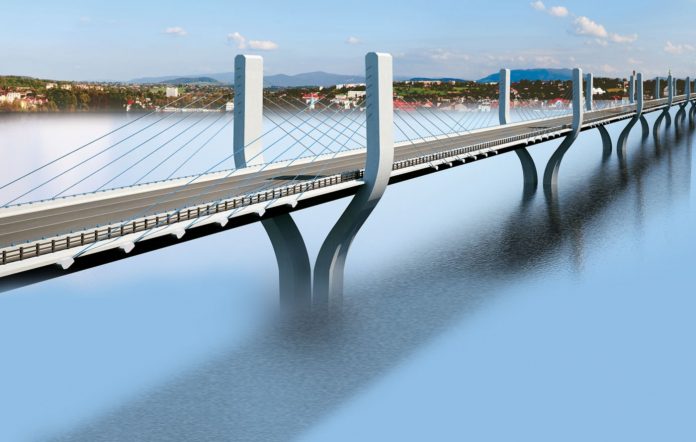 Ethiopia has signed a deal with a Chinese firm, China Communication Construction Company (CCCC) to design and build the country’s longest bridge.

The Chinese firm secured the project by placing an offer, which was 15.3% higher than the engineers’ estimate. Three of the companies were disqualified at the technical stage, leaving CCCC as the sole bidder whose financial offer was opened on February, 2019.

The bridge will be constructed across the Abay River at a cost US $49m. It will have a 21.5m width and the capacity to accommodate a three-lane carriageway, a bicycle path and a walkway. The government of Ethiopia will be covering the entire cost of the project.

Construction works on the project is estimated to take three years upon which will replace the 60-year-old existing bridge, ‘Bahir Dar Abay ‘ that has deteriorated and aged. The Ethiopian Roads Authority, had two years ago hired CCCC to maintain the old bridge.

The Bahir Dar Abay bridge will be the longest bridge in Ethiopia once completed, taking over that claim from the 319m Bashilo River Bridge that opened for traffic in October 2006. The 305m bridge over the Baro River in Gambella Regional State and the 303m Abay Bridge were the second and the third longest bridges in the country.

Being one of the nation’s largest capital expenditures, road maintenance and construction cost the country US $1.1bn in the last fiscal year. The spending has shown a 2.4% decline from the preceding year, which stood at .

CCCC, a company that is behind many major mega projects in the country, including the construction of Kombolcha Industrial Park, the nation’s first, Addis-Adama Expressway, Africa Avenue (Bole Road), Measo-to-Djibouti railway and the expansion of the Addis Abeba Bole International Airport, secured the project after vying against three other Chinese firms. The company currently has four ongoing road projects with ERA including Hawassa Airport-Bishan Guracha (Tikur Weha); Jijiga-Gelesh; Cherereti-Hagermekor; and Arsi Negele-Hawassa.