Also the construction of the two tubes of the tunnel under river Karnaphuli has already been completed. The first tube, according to Chowdhury took 17 months to complete. The second tube on the other hand was completed in 10 months.

In May, Roads and Highways Department revealed plans to hire China Communications Construction Company (CCCCC). The Chinese government-owned company would reportedly offer maintenance and toll collection for the Bangabandhu Tunnel. The Bangladesh government would reportedly hire the tunnel constructor in the direct procurement system. This it said it was because of the proposal of CCCC and their previous experience.

It is reportedly necessary to hire a service provider/operator for maintenance and toll collection work before the Bangabandhu Tunnel is opened for vehicular traffic. The major maintenance functions before opening the tunnel are tunnel maintenance, bridge/viaduct maintenance, and approach road maintenance on both sides.

Bangabandhu Sheikh Mujibur Rahman Tunnel, in short, Bangabandhu Tunnel or Karnaphuli Tunnel, is an under-construction underwater expressway tunnel in the port city of Chattogram, Bangladesh under the Karnaphuli River.

The tunnel is being constructed by China Communications Construction Company Limited (CCCC), a Chinese multinational engineering and construction company engaged in the design, construction, and operation of infrastructure assets, including highways, bridges, tunnels, railways (especially high-speed rail), subways, airports, oil platforms, and marine port, in collaboration with China Road and Bridge Corporation, a subsidiary of China Communications Construction Company that focuses on global civil engineering and construction projects such as highways, railways, bridges, ports, and tunnels.

Spanning over a distance of 9.3 kilometers and with a diameter of 10.80 meters, a tunnel shield section of 2,450 meters long, and a tunnel outer diameter of 11.8 meters, Bangabandhu Sheikh Mujibur Rahman Tunnel is the first underwater tunnel in the South Asia region.

It features an approach road of 5.25 kilometers alongside 727 meters of an over-bridge.

Also Read: Brenner Base Tunnel (BBT) project timeline and all you need to know 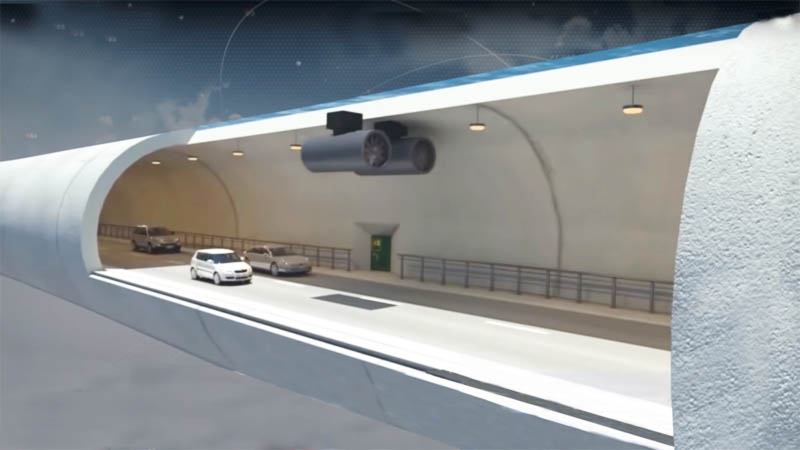 A 94-meter slurry pressure balanced high tunnel boring machine (TBM) with a diameter of 12.12 meters and a weight of 2,200 tons is being used for the construction of the project. This makes the project the first overseas project to utilize a large-diameter underwater TBM tunnel manufactured by a Chinese Company.

The cost of the project is estimated at US$ 1.1bn, of which around half is financed by the Export-Import (Exim) Bank of China.

Upon completion, the Bangabandhu Sheikh Mujibur Rahman Tunnel is expected to improve the Dhaka—Chittagong—Cox’s Bazar highway network, the traffic conditions in Chittagong, and promote the economic development of Bangladesh.

It will also play an important role in improving the Asian Highway Network, strengthening the connectivity between Bangladesh and neighboring countries, and boosting the international development of Bangladesh.

In February, Sheikh Hasina also inaugurated the tunnel boring phase of the project.

Installation work of the first tube of the tunnel, going from the city back to Anwara, was completed in August.

In December, Road Transport and Bridges Minister Obaidul Quader inaugurated the installation work of the second tube of the tunnel.

In October, the two ends of the Bangabandhu Sheikh Mujibur Rahman Tunnel were joined beneath the Karnaphuli River.

Md Harunur Rashid Chowdhury, project director of the Bangabandhu Sheikh Mujibur Rahman Tunnel, wrote to the Bangladesh Bridge Authority seeking additional six months to make up for the delayed start of construction and the procedural delays in payment to contractors.

The project is now scheduled for completion in December 2022.

Construction of the Karnaphuli Tunnel 80% Complete

The construction of the Karnaphuli Tunnel has already been completed by an impressive 80% according to the project director, Harunur Rashid. The latter explained that the works done so far include the saying of slabs on the tube, the construction of project site approach roads as well as other internal roads.

The project’s officials are expecting and hoping that the entire project, the excavation work of which was inaugurated by Sheikh Hasina, the Prime Minister under the Karnaphuli River on February 24, 2019,  will be completed within the stipulated time, December this year.

The total cost of the project is approximately US$ 980M, of which China is providing close to US$ 638M. The rest of the amount is provided by the government of Bangladesh.