Bangladesh: Dhaka Metro Rail Project Timeline and All You Need To Know Dhaka Metro Rail, informally known as the Dhaka Metro, is an approved mass rapid transit system under construction in Dhaka, the capital city of Bangladesh. The project consists of a total of five lines, i.e. MRT Lines 1, 2, 4, 5, and 6.

The MRT line 1 will have two routes, i.e. MRT Line-1 (Airport Route) and MRT Line-1 (Purbachal Route). The construction of the airport route, which will be 19.872 km long with a total of 12 underground stations and three interchanges, is set to begin in March 2022, at a cost of US$ 6.1bn. The government of Bangladesh will provide US$ 1.5bn for the construction of this line while the Japan International Cooperation Agency (Jica) will provide US$ 4.6bn.

The 11.369 km MRT Line-1 (Purbachal Route) on the other hand will have a total of 9 stations, 2 of which will be underground as a part of the airport route.

MRT Line 2 will be 24 km long from Gabtoli to Chittagong Road with a total of 24 stations while MRT Line-4 is said to connect Kamalapur Railway Station with Narayanganj, a distance of 16 km with underground lines. 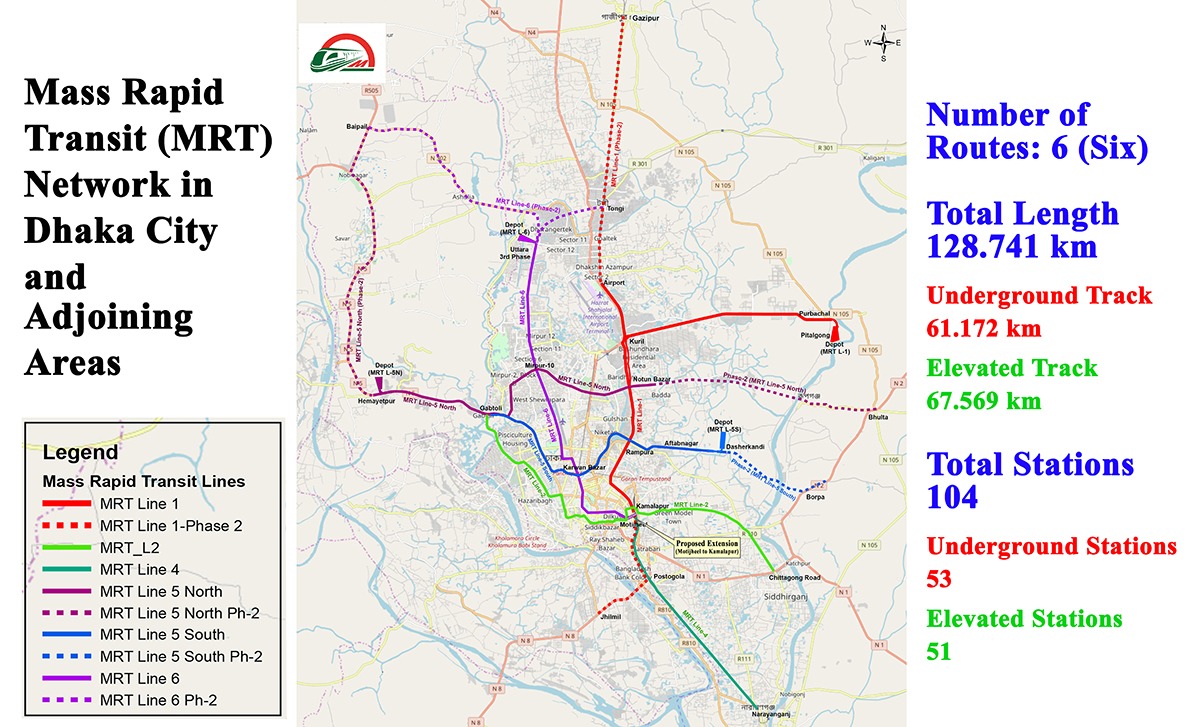 Lastly, the MRT Line-6 consists of 16 elevated stations each 180m long, and 20.1 km of electricity-powered light rail tracks. The entire Line-6, except for the depot section and some of its accompanying LRT, will be elevated above current roads primarily above road medians to allow traffic flow underneath, with stations also elevated.

24 six-car train sets made of lightweight and highly durable stainless steel will ply this route upon completion. The cars will be 19.8m long, 2.95m wide, and 4.1m high with a maximum speed of 100km/h.

CCTV cameras will be deployed inside and outside the cars to ensure the safety of passengers, as well as four doors on each side of the cars and two air-conditioning units to beat the high temperatures and humidity in Dhaka.

Other features on this line include automatic fare collection systems, platform screen doors, staircases, elevators, and escalators. The length of each platform is expected to be about 180m.

In February, a US$ 2.8bn deal was signed between the Government of Bangladesh and the Japan International Cooperation Agency for the construction of the MRT Line-6.

The design work on the Dhaka Metro Rail project was started in 2014. 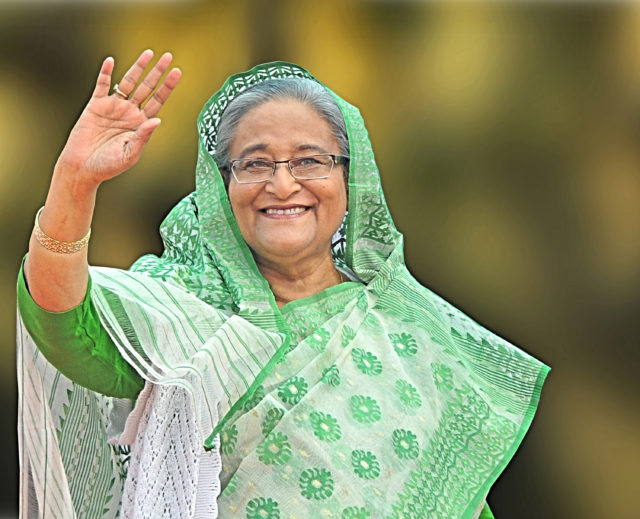 In June, an inauguration ceremony presided over by the reigning Prime Minister Sheikh Hasina was held to mark the start of the implementation of the Dhaka Metro Rail Project, particularly MRT Line-6.

Kawasaki Heavy Industries (KHI) and Mitsubishi Corporation were awarded a contract in August to supply rolling stock and maintenance equipment for MRT Line-6.

In June, a joint venture of Marubeni and L&T was awarded by DMTC a contract to provide electrical and mechanical rail systems for Line-6.

The first trial runs on the Dhaka Mass Rapid Transit Line 6, flagged off by Bangladeshi road transport and bridges minister, Mr. Obaidul Quader, at the depot in Dhaka, was carried out in Bangladesh’s capital in August. A six-car train made a return trip from the Uttara Terminal depot, passing three stations. In mid-November, MAN Siddique, the managing director at the Dhaka Mass Transit Company Limited (DMTCL), the implementing agency of the metro rail said that almost 90% of the construction work on the Uttara-Agargaon Metro Rail section was complete and various tests were being carried out with seven sets of metro trains.

Siddique explained that the performance test which had started in October 2021 would be concluded in six months and a three-month-long integrated test would also be conducted. After the completion of the integrated test, a trial run of the trains without any passengers will continue for five months, before the inauguration of the commercial service of the metro rail in December 2022.

The governments of Bangladesh and Japan signed a US$ 1.1bn loan agreement for the development of work on Dhaka Mass Rapid Transit Line 1. The loan in question will be provided by the Japanese development partner Japan International Co-operation Agency (JICA) under its 42nd Official Development Assistance (ODA) package. The loan maturity period is 30 years, with a grace period of ten years.