The stadium will serve as the home ground for Timnas Indonesia and Persija Jakarta, and it will be mostly used for football matches and occasionally for music concerts, art events, and other sporting events.

An overview of the Jakarta International Stadium

The stadium, whose shape is inspired by traditional Betawi clothing, has a three-tiered stand design and it is 73 meters tall, making it one of the tallest stadiums in the world. It will also have a tiger striped-style facade and seating mosaic themed after the aforementioned team’s color and mascot. Its playing field is of FIFA regulation size i.e. (105 x 68 meters), featuring a hybrid grass surface (a combination of zoysia matrella grass and LIMONTA MIXTO artificial turf imported from Italy). The retractable roof of the stadium is made of an ETFE membrane and is 100 meters long.

In addition to the pitch and stand/seats that include 200 units for people with disabilities, the project also includes the construction of VIP special rooms, modern and luxurious changing room’s, outdoor training fields fitted with LIMONTA MIXTO artificial turf, and parking lots spacious enough to accommodate a total of 900 vehicles (800 cars and 100 buses). 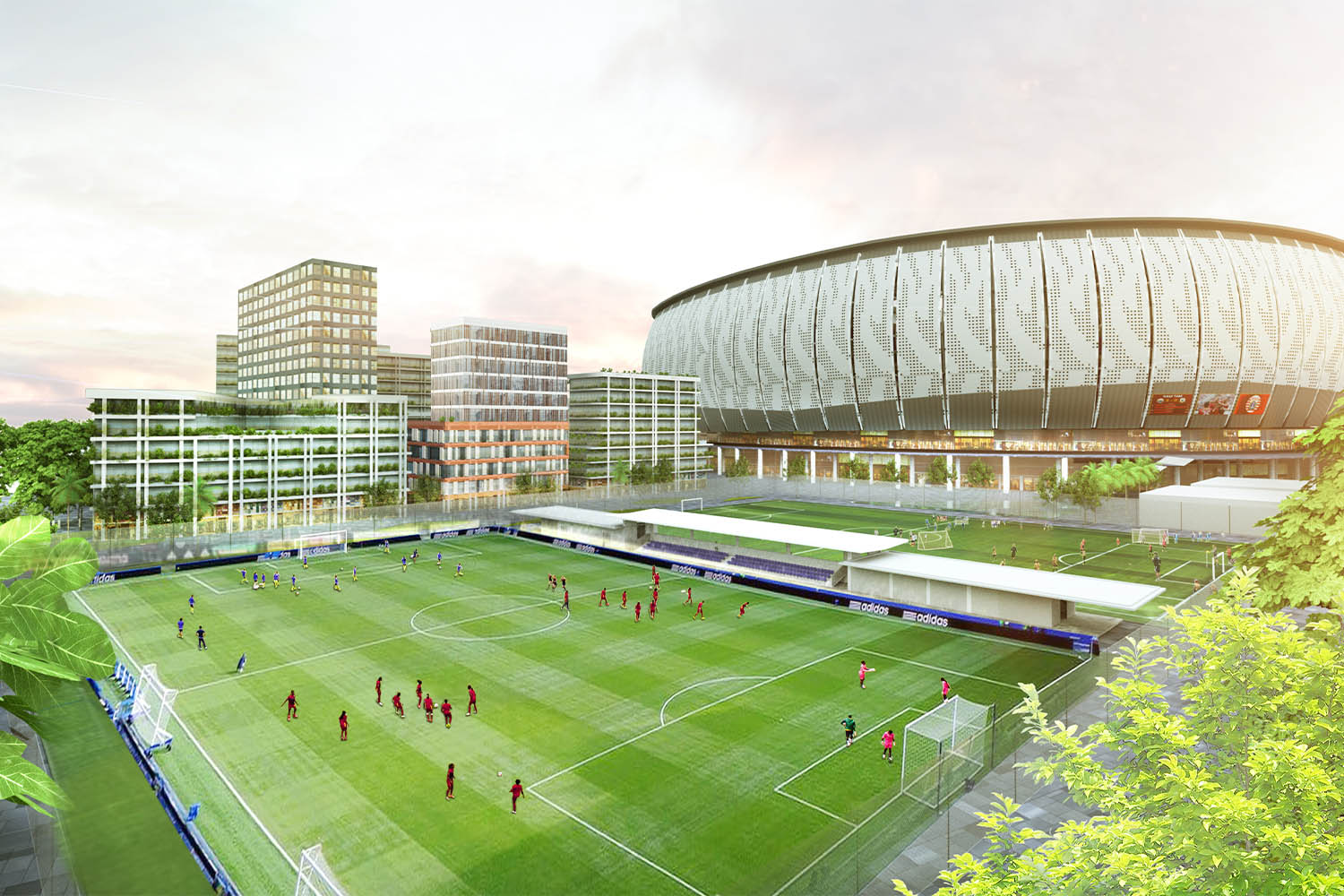 The Jakarta International Stadium will be integrated with public transportation modes such as MRT, LRT, KRL Commuter Line, and toll access.

Plans emerged between the late 2000s and early 2010s that a new home stadium for Persija Jakarta would be built near the BMW Park. The stadium, dubbed BMW Stadium after the aforementioned neighboring park, was scheduled to be constructed between 2013 and 2015. It had a planned capacity of 50, 000 seats and it would feature a running track.

A year to the scheduled completion date, the construction of the BMW Stadium had not commenced because “the owner of the land was still disputed by the former squatters and the city government”.

New plans had been discussed to build the stadium with a new design which would help increase the capacity of the stadium by 30 000 seats, for the 2018 Asian Games. However, these plans were canceled and the government opted to renovate the Gelora Bung Karno Stadium later in 2016. 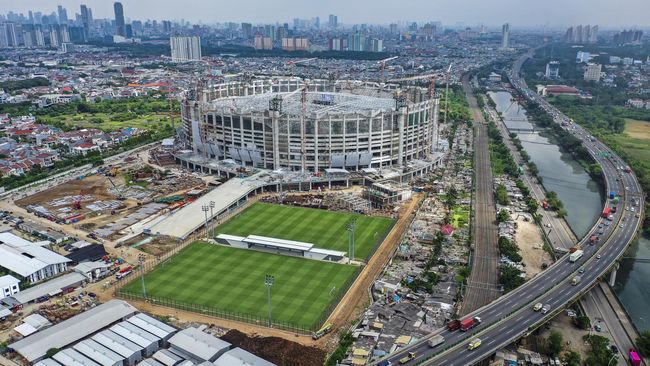 After numerous series of failed planning and construction, the land dispute was over and the land was ready to be cleared for construction.

Two years after the land was cleared, an official tender was released for a stadium of 82,000 capacity with a retractable roof and without a running track, contrary to the previous project. The newly designed stadium was named Jakarta International Stadium.

In March 2019, the project was launched in a ceremony graced by Governor Anies Baswedan, however, the actual construction works begun 6 months later in September 2019.

As of 15 March 2021, in the 80th week of construction, the project was reportedly 50.5% complete, which conflicts with the projected 52% according to the plan.

In October, in its 112th week of construction, the stadium reportedly reached 78.12 percent completion. In the same month, JIS and Ancol signed a memorandum of understanding (MoU) to connect the stadium to Ancol Carnival Beach in North Jakarta.