Lusail Iconic Stadium or rather the Lusail National Stadium project is being carried out in Lusail, a city on the coast of Qatar, in the southern part of the municipality of Al Daayen, approximately 23 kilometers north of Doha.

The project mainly entails the construction of a football stadium with a capacity of 80,000 seats, which makes it the largest football stadium in Qatar in terms of sitting capacity. The stadium is one of seven stadiums that are being converted in preparation for the 2022 FIFA World Cup Qatar.

Being the largest stadium in the country, the Lusail Iconic Stadium is scheduled to host the opening and the closing matches of the international association football competition. Following the end of the 2022 World Cup, the stadium is set to be reconfigured into a 20,000-seat stadium. Excess seating capacity will be removed, and other parts of the building repurposed as a community space with shops, cafés, athletic and education facilities, and a health clinic.

Lusail Iconic Stadium was designed by Foster and Partners, an award-winning British architectural design and engineering, with the help of MANICA Architecture, a boutique architecture firm specializing in the design of international sport and entertainment venues.

The stadium is oval-shaped and has a near-circular footprint. It sits on the master plan’s primary axis that divides its precinct into two halves. The east-west orientation of the stadium will ensure shading of the entire pitch while the seating bowl is designed to enhance the experience and atmosphere for spectators.

A saddle-form roof appears to float above the concrete seating bowl, discreetly supported by a ring of arching columns. Its central section can be retracted to allow the pitch to be either open to the sky or fully covered.

The concave profile of the stadium’s outer enclosure evokes the sails of a traditional dhow boat and incorporates a system of operable louvers.

The VIP and hospitality accommodations will be located along the sides of the pitch to allow for the continuation of fan seats behind the goals and for the provision of optimum views.

Surrounded by a reflective pool of water, spectators shall be crossing a ‘moat’ to enter the building via six bridges. An outer pedestrian concourse is planned to extend from the water towards an array of smaller amenity buildings and a hotel at the stadium’s perimeter.

In addition to Foster and Partners, and Manica Architecture, the Lusail Iconic Stadium project involves Place Dynamix as the planning and landscape consultant, URS Corporation as the civil and structural engineer, and PHA Consult as the mechanical, sustainability, and environmental engineer.

The cost projects consultant is Davis Langdon, Hyder Consulting is the transport and infrastructure consultant while RWDI and Mace are in charge of specialist building dynamics and construction management respectively. 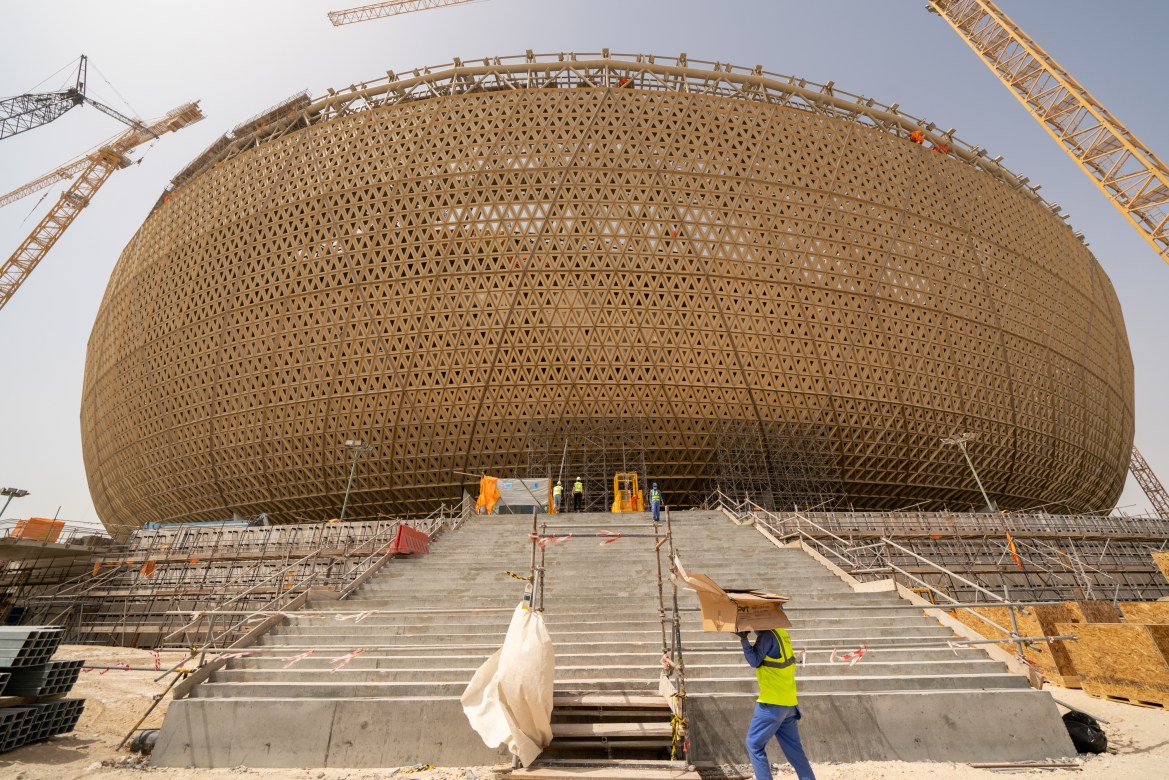 The Lusail Iconic Stadium design was unveiled at the Leaders in Football conference, which was held in London, UK, in October 2010.

The procurement process for the construction of the stadium began in 2014.

The venue’s turf was planted in the precinct’s turf farm in August 2020.

In January 2021, the project’s director Tamim Al-Abed confirmed that the build’s overall progress stood at 77%. The self-supporting shell was already being decorated with triangular golden panels, and turf was being nurtured before transportation into the stadium. 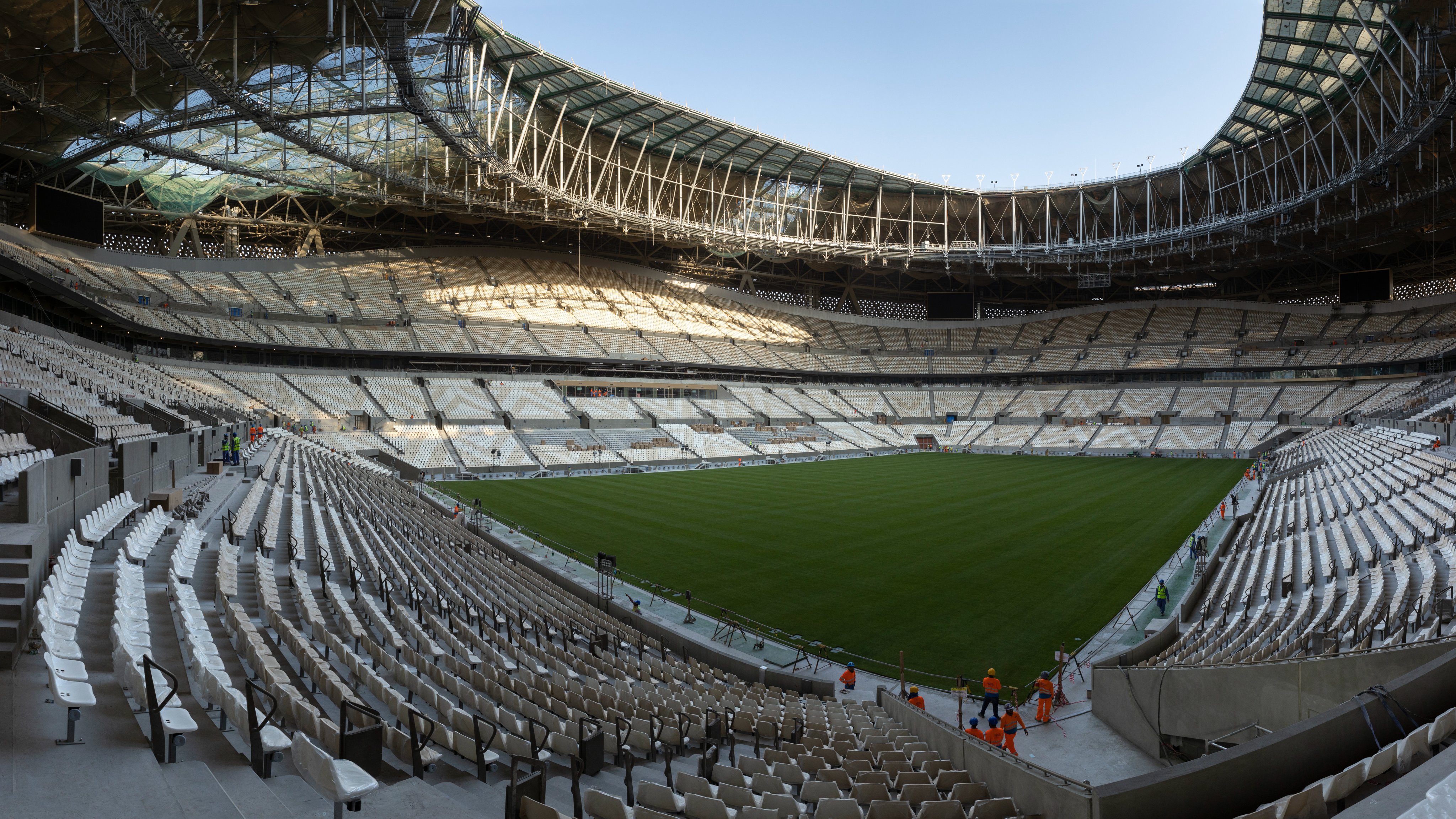 Tamim El Abed, Lusail Iconic Stadium Project manager, announced that the project was complete and that after inspection and operation of all electronic systems, information transmission systems, servers, and health and safety and fire systems, the stadium proved it was ready to host football matches in the 2022 FIFA World Cup competition.