With Roko Con­struc­tion Lim­ited as the lead contractor, the New Parliament Chambers project entails the construction of new cham­bers at the Parliament of Uganda’s North Wing, which are ex­pected to accommodate a total of 500 MPs and also have of­fice space for leg­is­la­tors and staff.

The North wing is one of the three wings (North, South, and East Wings) of the parliament building which was built back in 1958 when Uganda was still a protectorate of the British Empire.

Currently the North wing houses offices for the Speaker & Deputy Speaker, MPs, and other support staff as well as the Parliamentary Library. The South wing on the other hand houses the Clerk to the Parliament, senior staff, and the Public Relations office while the East Wing houses the Chamber where votes and discussions about new legislation are held.

With a total volume of 75,900 m3, the 7 floors building sits between Parliamentary Avenue, Said Barre Road, Nile Avenue, and Kimathi Avenue. It was designed by Peatfield and Bodgener, a British Ugandan architecture firm. 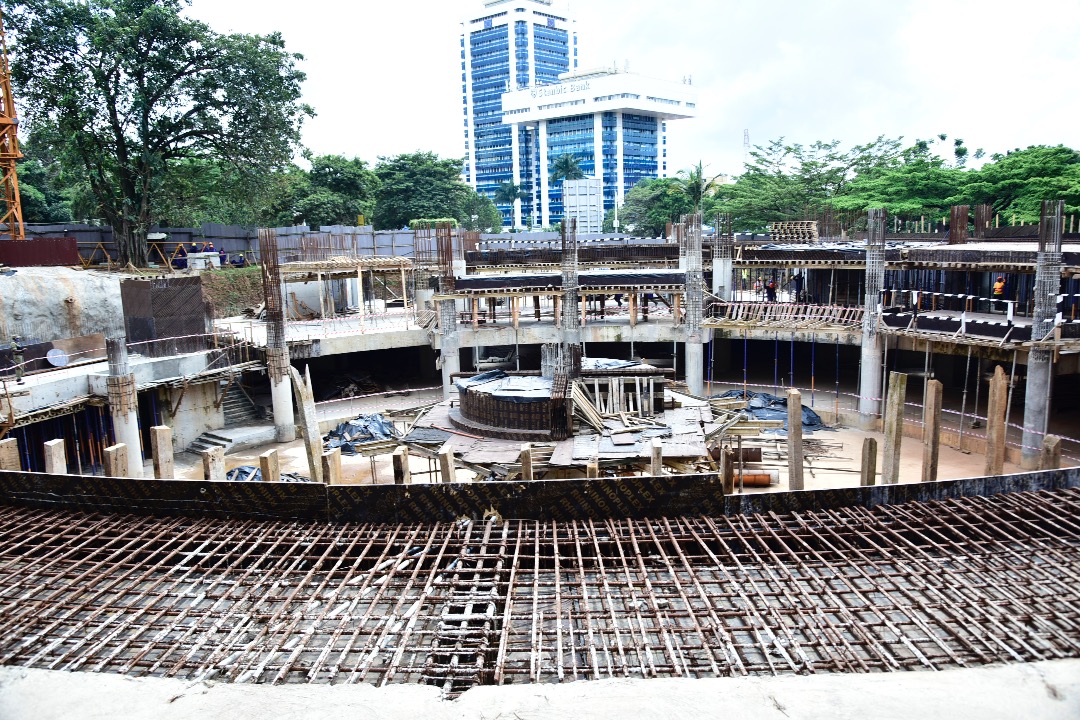