LiuGong’s wide range of Excavator Line varies from operating weights of 3.8 tons to 90 tons including Zero tail and compact excavators, medium size 20 to 30 tons with standard and Long Arm options and finally heavy-duty models with 36 to 90 tons.

LiuGong introduced its 945E and 950E Model Excavators in 2016. This were the first of LiuGong’s big size excavators in Sub Saharan Market ranging between 45 tons to 50 tons operating weights. The following year, the 970E made its debut in Platinum Mining in South Africa, and it was the biggest size of its kind ranging from 3 tons to 36 tons.

Since their introduction in Africa, the 950E and 970E took a leading role for LiuGong product group in the Mining Industry, increasing market share with a variety of their use in Gold, Coal and Platinum Mines.

LiuGong has been working together with Cummins Engines since 2013. The joint venture helps in the production of engines with high efficiency and parts management for their global operations. 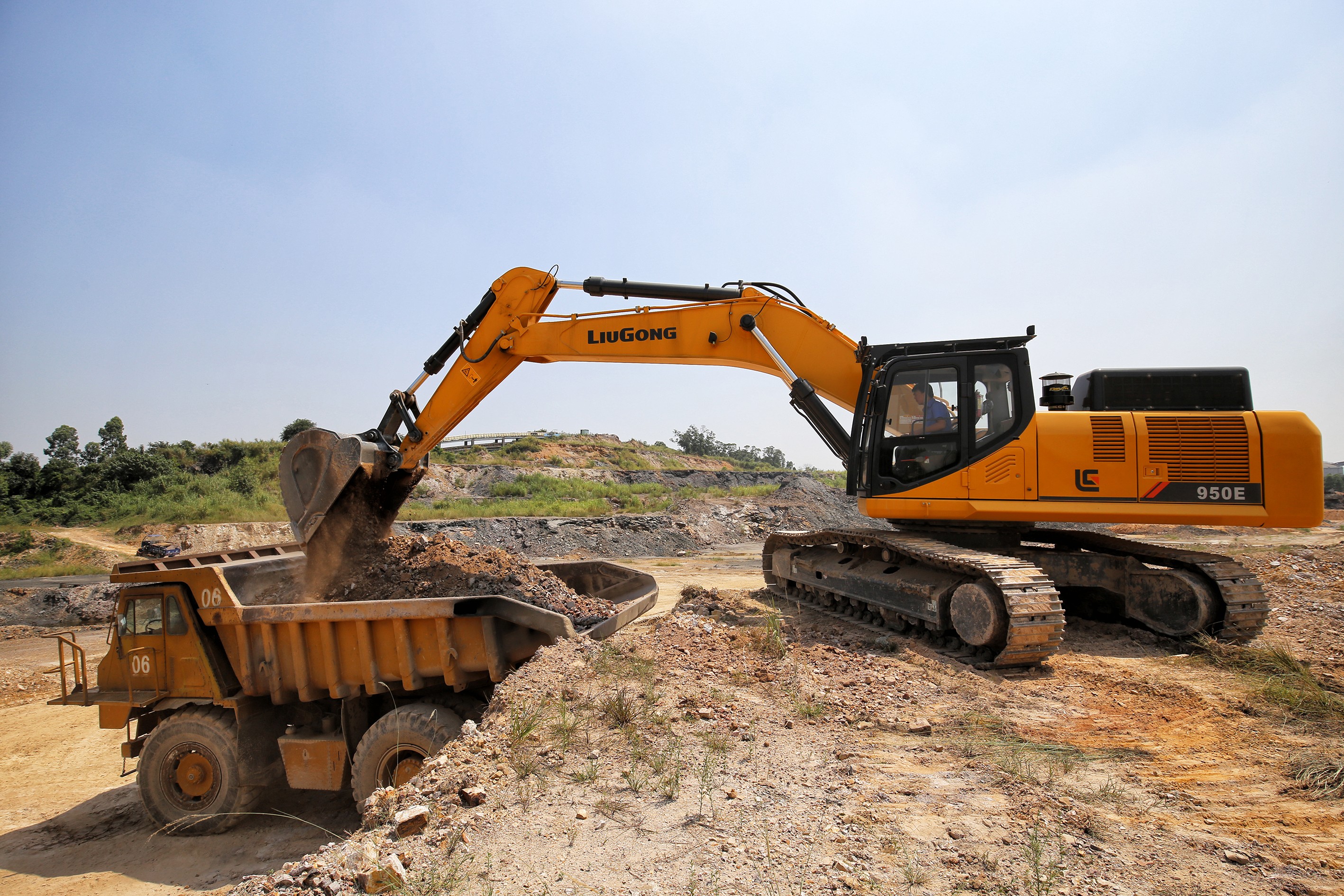 On the other hand, the 970E is fitted with a 481 hp Cummins QSX15 Engine that is a power boost with 4.3 m3 Standard Bucket capacity and that is extendable for lighter material operation such as coal. LiuGong’s big size range is not limited with 36 to 70 tons range. The company has the 990F model which has 90 tons operating weight and is powered by a Cummins EFI engine with a rated power of 447 kW, combined with a 5.6 m3 bucket. The company prepares to launch this model, one of the few of its kind, in the market this year.