The Dubai Creek Tower also known as the tower, is a mixed-use project that is being developed by Emaar Properties, an Emirati multinational real estate development company, on a site in the vicinity of Dubai Creek, which is a waterfront area located near  Ras Al Khor National Wildlife Sanctuary. It has been on hold since 2020 triggered by the global pandemic on orders of the government however the property glut has also played a part in preventing its commencement.

The Tower’s design is inspired by the natural shape of a lily bud and takes the image of a minaret, a slender tower, typically part of a mosque, with a balcony from which a muezzin calls Muslims to prayer. ChapmanBDSP, an independent design consultancy specializing in building services engineering and environmental design, served as the mechanical, electrical, and public health consultant during the tower’s designing phase. The central column of the tower is shaped in the form of a slender stem, and a net of steel cables stays will anchor the reinforced concrete column to the ground to provide structural stability. The steel cables will be the longest ever used on a structure.

Damper systems and shock absorption systems will be placed at different locations and heights of the tower to improve its structural safety and stability.

The top of the tower will be oval-shaped, featuring ten observation decks that include two garden decks, which are designed on the lines of the hanging gardens of Babylon, and the Pinnacle Room, which will offer unprecedented 360-degree panoramic views of the city and beyond.

The Dubai Creek Tower will also feature rotating balconies that extend outside the tower’s façade, a high-end hotel, green spaces, restaurants, and event spaces. A planned 500m-diameter central plaza will house retail spaces, a museum, educational amenities, and an auditorium.

The highest point of the tower will emanate a beacon of light at night. The main structure and steel cables will also be illuminated to highlight the tower’s design, and movement lighting will be used to enhance the structure’s visual appeal. 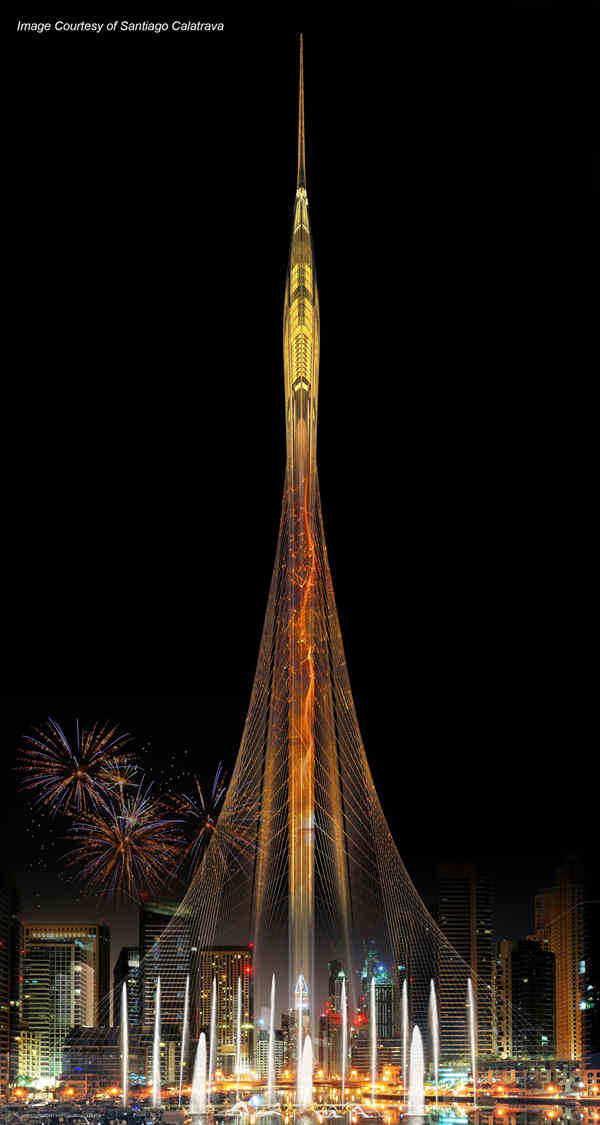 Dubai Creek Tower is planned to be constructed in three phases. The first phase consists of the piling work and the second includes the concrete base. The third phase involves steelwork, including the fabrication of the steel cables.

Upon completion, the tower will be the tallest in the world at a height of not less than 1300 meters, overtaking the current tallest tower in the world, Burj Khalifa, which is located approximately 8 kilometers from the Dubai Creek Tower.

In February, designs for the proposed Dubai Creek Tower were shown to Sheikh Mohammed who chose the design by Santiago Calatrava and his colleagues. The final design was announced on February 27.

In late July, engineers completed seismic studies and wind tests of the project. The tests are critical to defining the final height of the tower.

The preparation for the commencement of construction works began in October when around 170,000 cubic meters of soil were excavated to make space for the foundation of the tower.

After that, 145 piles were laid and inserted into the bottom at 75m deep, 210 thousand tonnes of concrete were poured to form the foundation.

The foundation works were completed. However, after that, there has been little work above ground.

In July, it was reported that China State Engineering and Construction (CSCEC) was actively involved in the tender process for the construction of the Dubai Creek Tower. A representative of the Chinese company said that they hoped that they would sign the contract soon and start the above-ground construction.

In April, the project was halted due to the COVID-19 pandemic.

As of December, the suspension of construction of the Dubai Creek Tower was declared indefinitely until the government allows work to resume once the pandemic is under control. In addition the glut of real estate in Dubai has also dampened enthusiasm amongst developers and Emmar Properties the developers of Dubai Creek Tower is no exception. This was confirmed by an announced at the end of December that they would not be carrying out any new developments. 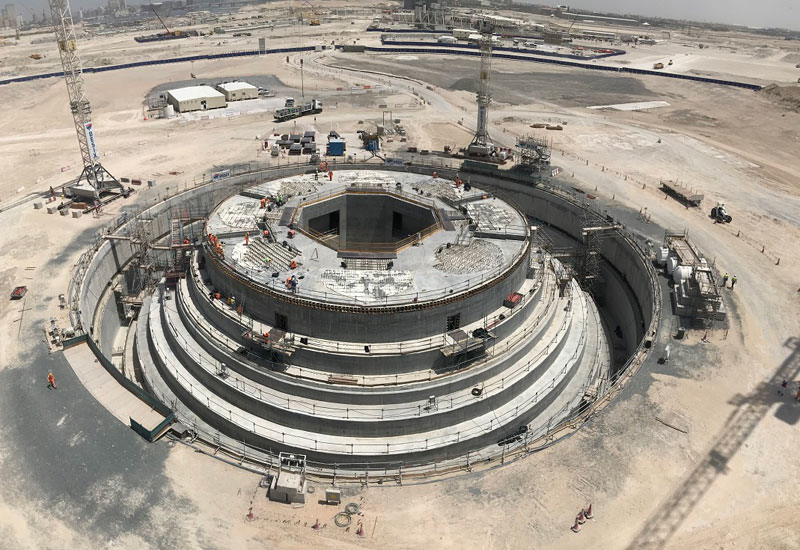