New Brno Main Train Station is a multi-modal railway/train station that is set for construction in Brno, the second-largest city in the Czech Republic, Central Europe.

The project involves demolishing works for the existing Brno railway station and the construction of a new station & new platforms, laying of new track as well as the extensive upgrading of its signaling, communication, and security infrastructure.

The cost of the project is approximately US$ 2.12bn. It will be financed with the help of the European Union (EU) and is expected to be completed between 2032 and 2035, upon which it will improve the general passenger experience and enhance operational efficiency.

An overview of the architectural design of the Station

New Brno Main Train Station design combines a reference to historic public buildings with an intermodal hub and public space, and it emphasizes Brno’s character and the practical functioning of the new station building with its surroundings. 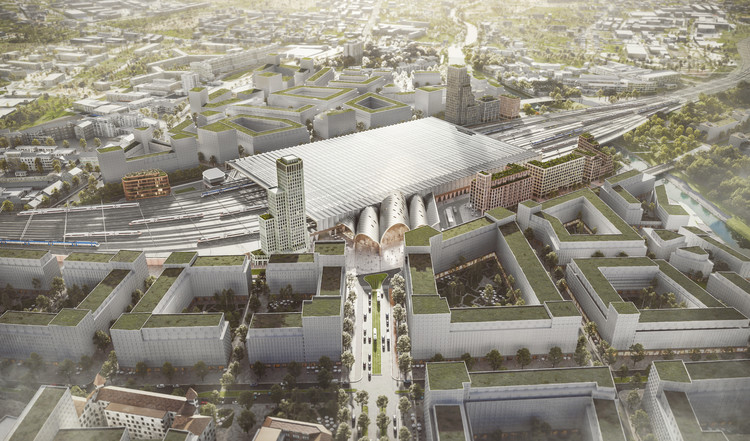 According to the architect, the New Brno Main Train Station represents a marvelous opportunity to create a new and vibrant district in Brno, and its simple and elegant design will be the catalyst and new heart of the district.

“The station is both grand and human, monumental and tangible. Our design combines a straightforward, and comfortable platform canopy with a sensual station building” explained the architect.

The station will be covered by a convex glass canopy that will protect passengers against rain and sunlight while the roofing structures and cladding will use bio-based materials such as cross-laminated timber. 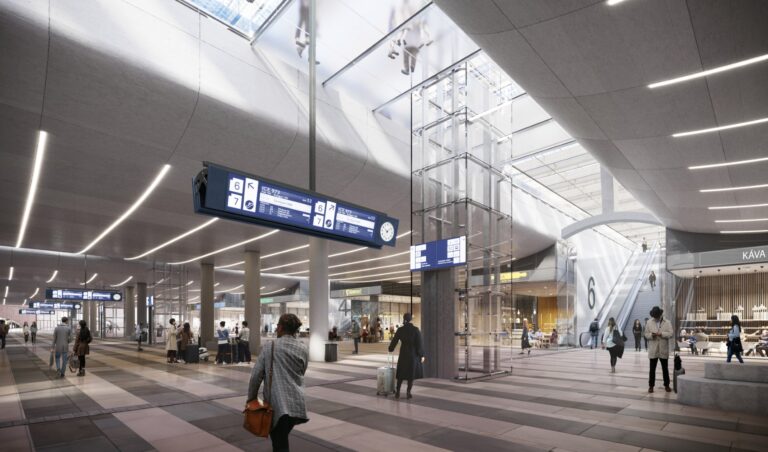 Solar panels will also be installed on the rooftop to make the station net-positive, and a reversible geothermal heat pump will be installed for floor heating and cooling.

Benthem Crouwel Architects-a Dutch architectural firm, in a joint venture with West 8-an urban planning and landscape architecture firm, was selected to provide the design for the new Brno railway station, while Arcadis-a leading global design & consultancy organization for natural and built assets, was appointed as the building cost and solar energy concept advisor for the project.

SID Studio– a structural design studio that acts at the intersection of architecture and engineering, provided advisory services for structural engineering while Goudappel-a Dutch consultancy firm in the field of mobility & space, acted as the traffic consultancy advisor. 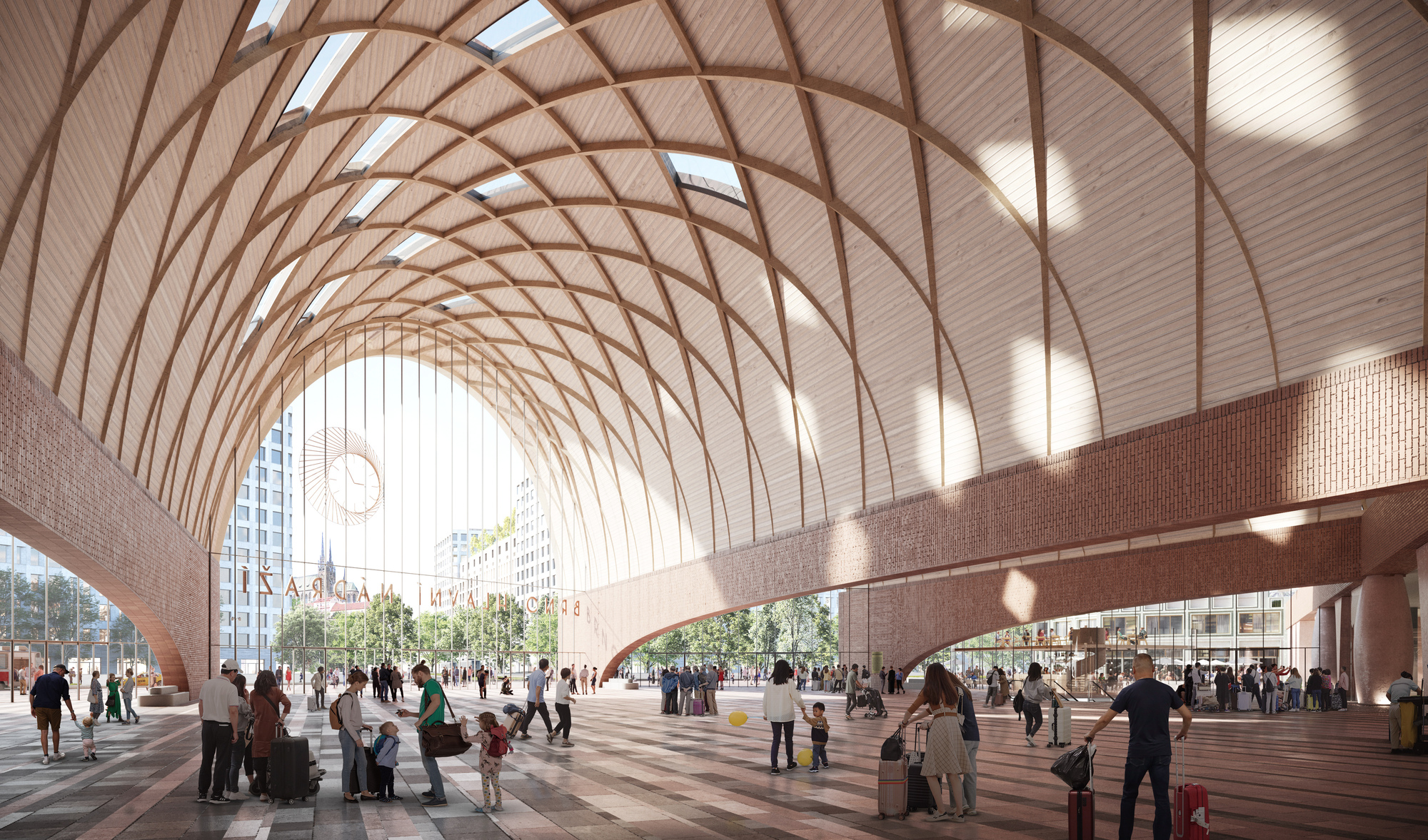 Brno City Architect’s Office with the City of Brno and the Railway Administration as joint contracting authorities, organized and announced an international urban-transport-architectural competition to design the new Brno Main Train Station on August 31st.

A total of 46 firms participated in the completion, which was carried out in two phases. The completion is considered to be the largest architectural competition in the history of the Czech Republic.

Brno City Architect’s Office announced the joint venture of Benthem Crouwel Architects and West 8 as the winner of the international urban-transport-architectural competition in July.