The Eyethu Orange Farm Mall in South Africa location is approximately 40 kilometers outside of Jo’Burg, right off the N1 highway. Furthermore, it offers easy access from the N1 via the Golden Highway. Successfully, it opened its doors in September 2014.

During the construction of the Eyethu Orange Farm Mall, well over 1,200 local residents were employed. In total, the mall spans an area of 27,000 square meters. Out of its total area, approximately 10% consists of 93 shops that are owned by the Orange Farm community. Moreover, the mall further plans to curate space for two community entities. These include a local community radio station, Thetha FM alongside Afrika Tikkun’s daycare center. 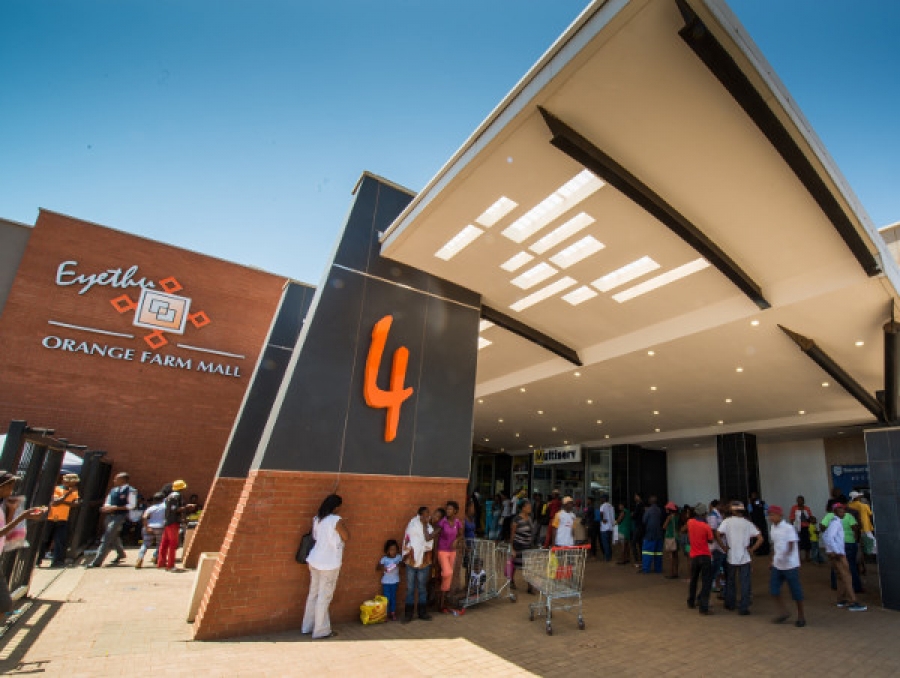 Opening of the USD $35.68m new Eyethu Orange Farm mall will take place on October 28th. Work on the regional mall commenced in 2013 with Flanagan & Gerard and Stretford Land Developments being the main contractors chosen to work on the 27,000m2 mall.

The Eyethu Orange Farm mall will raise the bar on retail estate developments in South Arica and its strategic location will enable it to serve locals of the Orange Farm community, Evaton, and other shoppers from the Sebekong Region boosting the economy of the region.

Some of the investors in this project include the two main contractors, Trust funds from Orange Farm Kitty and Dipula Income Fund.

The regional mall will also have a Daycare center for Afrika Tikkun and house local radio station Theta FM.

According to the CEO of Dipula Income Fund, his company acquired the first phase of the mall approximately 5,700m2 with tenants such as Boxer Supercity and Cashbuild. In addition, they plan to build a KFC drive in the same phase.

Eyethu Orange Farm Mall has two levels and will host an array of local and national tenants. This will include restaurants and retail shops for clothing and household goods and services.

The Orange Farm Taxi Association will also have premises in the building after being relocated to pave way for the construction of the mall. In addition, the Eyethu Orange Farm Mall is linked to Stretford Station.