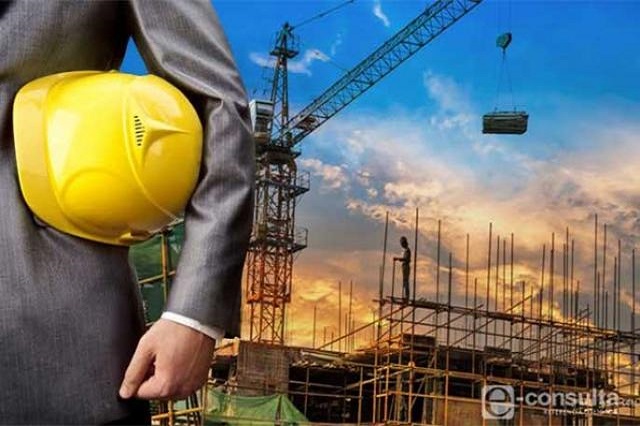 However, the Government’s ongoing National Development Plan and its continued commitment to public infrastructure investment of US $63m over the next three years are positive signals for future growth in the industry. The commitment is highly brought about by the top construction companies in the country who have pledged dedication in delivery and efficiency of projects.

The following are the top construction companies in South Africa

The company’s history dates back to 1970 when Wilson-Holmes (Pty) Ltd was formed by John Wilson and Brian Holmes. A number of mergers followed resulting in the name being changed to Wilson Bayly Holmes (Pty) Limited in 1983 and finally to WBHO Construction in 1994.

Today WBHO Construction prides itself by being listed on the Johannesburg Securities Exchange, JSE and having an annual turnover of US $669m

The driving force behind WBHO is a core of dedicated, hands-on management professionals whose experience spans decades of major construction projects in southern Africa, the Middle East and various Indian Ocean islands. The company’s offices are strategically located in Johannesburg, Cape Town, Durban and Port Elizabeth.

Raubex prides itself as a world class heavy sector construction sector company with a focus on infrastructure development that operates across Africa founded in 1974 by the legend Koos Raubenheimer and has progressively developed into a leader in construction.

In the mid-1990’s, Raubex began developing its African footprint and secured various projects in Botswana, Mozambique, Namibia and Zambia. Today Raubex generates approximately 10% of its revenue outside of South Africa with a record of over 39 years of uninterrupted profitability.

Concor (formerly Murray & Roberts Construction)  is a diversified infrastructure and services construction company, with core competencies in the infrastructure, building, mining and property development sectors. The company consists of eight business units and is regarded as one of the largest players in the South and sub-Saharan African construction sectors.

Concor has delivered infrastructure projects across the South African landscape, including iconic projects such as the Bloukrans Bridge in the Eastern Cape, Huguenot Tunnel and Hugo’s River Viaduct in the Western Cape, Reservoir for the Ingula Power Station in Kwa-Zulu Natal and the Carlton Centre, ABSA Towers, Melrose Arch, the Gautrain and Menlyn Shopping Centre in Gauteng.

Stefanutti Stocks is one of South Africa’s leading construction companies with a capacity to deliver a range of projects of any scale to a multitude of clients in diverse markets and having a grade 9 rating from the South African Construction Industry Development Board,CIDB.

The multidisciplinary construction company has over 12000 employees with a broad spectrum of expertise means that it has the capability and capacity to offer a single point responsibility on infrastructure development projects, effectively removing the interface risk from the clients’ domain.

The Motheo Construction Group was established in 1997 by Dr Thandi Ndlovu and has during its 21 year history developed into one of South Africa’s leading, predominantly black female – owned construction companies.

Motheo Construction, a leading provider of Social Housing in the countryhas grown organically by re-investing its earnings to fund the company’s growth and since its establishment the company has delivered approximately 1.5% of all the social housing developed and/or constructed in South Africa.

The company is currently registered with the CIDB as level 9 GBPE and 9 CEPE. Motheo has been registered with the NHBRC since its inception and remains in Good Standing. Through Dr Ndlovu’s involvement, Motheo is a founder member and leading role player in SAWIC, South African Women In Construction with an annual turnover of US $409m.

Being a full member of the South African Federation of Civil Engineering Contractors WK construction has an enviable track record in pipeline construction using a large range of diameters from 100 mm up to 3000 mm and has involved in various projects including, The Western Aqueduct Project, the largest pipeline projects to be commissioned by EThekwini Water and Sanitation to date.

Lubbe Construction is one of the biggest integrated construction development and management, infrastructure and property development company in South Africa.

The company is a wholly black owned indigenous construction company which evolved from the solid and humble beginning in the home-building and general renovation industry in 1981.

The company was formalized as a close corporation specializing in electrical and building construction In 1987. Today, Lubbe Construction is a private company registered in and under the company laws in the Republic of South Africa.

Lubbe Construction prides itself in unsurpassed workmanship and our great contribution to infrastructure development in South Africa, from construction of low cost housing to affordable housing, turn-key development projects and civil construction. The company targets to meet customer expectations and is proactive in finding the best solutions to clients that will meet the desired results.