The development works for the MAIZ Project, which is a part of the billion-dollar Diriyah Gate Development have officially begun.

The new fine-dining destination is within Matal Al Bujairi. Its concept is by one of the most prominent players within the Gulf region’s hospitality sector, Al Khozama. Moreover, the Saudi Heritage Commission, the Saudi Ministry of Culture, the Diriyah Gate Development Authority (DGDA) alongside the Saudi Culinray Commission are a part of the project. The team will ensure that the project offers an experience with complete authenticity of Saudi culture, heritage as well as cruising.

Thus, the project also aims to offer a sophisticated ambiance with a welcoming atmosphere to everyone, from all walks of life. Diriyah Gate projects to have a population of well over 100,000. Additionally, the billion-dollar development expects to receive 25 million visitors annually. Important to note is that project is also in line with Saudi Arabia’s Vision 2030, where entertainment and tourism play a significant role. The CEO of Al-Khozama commented on the project. Khaled Saud Abu Haimed said the MAIZ Project is more than just a hospitality concept. The project represents a unique journey of Saudi Arabia’s culture and heritage. Khaled Saud further continues by adding that the aim is to provide an exclusive destination for lovers of the country’s flavors.

Offering a unique culinary experience to all visitors, MAIZ also aims to become the top choice for residents and visitors.

Diriyah Gate is a mixed-use development featuring an array of world-class cultural, entertainment, retail, hospitality, educational, office, and residential areas, including more than 20 hotels, a diverse collection of museums, a bustling retail heart, and over 100 places to dine. The project includes a series of outdoor plazas as well as a 3km escarpment walk offering views across the historic Wadi Hanifah.

Diriyah Gate will comprise the Kingdom’s most walkable collection of heritage and cultural offerings including more than 20 Saudi cultural attractions. The premier cultural and lifestyle destination will be home to a population of 100,000 and is set to attract 25 million visitors annually – a place to gather, explore, shop, dine, live and work.

One of the first areas to benefit from the transformation is the existing Bujairi district. Over the coming year, Bujairi will be the first of several areas of Diriyah to experience a major upgrade that will significantly beautify the area, improve infrastructure and enhance the quality of life for the community.

A key aspect of the development is the first stage of the renewal and restoration of two square kilometres of the historic Wadi Hanifah, forming part of the Diriyah Gate masterplan. These enhancements include the restoration of the historic palm groves and farms, combined with new walking trails and picnic areas for the community to gather and enjoy.

In addition to Bujairi and Wadi Hanifah, the initial activity on the ground also includes the commencement of one of the world’s most complex below-ground infrastructure projects. Requiring an immense movement of approximately nine million cubic meters of soil, equivalent to 3,600 50-meter Olympic swimming pools, the development will comprise one of the world’s largest and most sophisticated sub-surface infrastructures globally.

Excavating 15 meters below ground level, the project will result in three kilometres of tunnels and 10,500 car parking spaces, using 1.2 million cubic meters of concrete. The first stages in the pipeline of development work will cover 1,320,000 square meters, approximately the size of 185 soccer pitches. Work has commenced on the world’s largest cultural and heritage development ‘Diriyah Gate’ in Ad Diriyah, Saudi Arabia. The historic city, just 15 minutes north-west of Riyadh city centre, will be transformed into one of the world’s foremost lifestyle destinations for culture and heritage, hospitality, retail, and education. The destination will attract local and international visitors alike through its historically sensitive reimagining of the area and world-class entertainment and events.

In line with design, development, and preservation standards, Diriyah Gate Development Authority (DGDA) will create an environment that enhances Diriyah’s national and international relevance, including the preservation of the At-Turaif UNESCO World Heritage Site, which sits at the heart of the development.

Careful restoration of historic Diriyah has been undertaken to create a living heritage site that echoes the remarkable past of the first capital of Saudi Arabia. As part of the Kingdom’s Vision 2030, seven square kilometres of Diriyah will be transformed into one of the Kingdom’s most prominent tourism destinations. Drawing on the region’s rich past, the Najdi-inspired Diriyah Gate reflects the Najdi architecture of 300 years past, newly adapted for 21stcentury living.

SSH, a top international architecture & engineering consulting firm based in Saudi Arabia has announced that it has won a contract the scope of work of which includes the development of concept design, as well as provision of design guardianship to protect the design intent of the Diriyah Sales Centre project throughout its construction phase.

Sitting on an area of 19,000 square meters with a built-up area of 2,450 square meters and a maximum height of 12 meters built over two levels- a ground floor and a first floor, the project, presently under development, is designed to serve as an exhibition as well as an ultra-high luxury hospitality venue.

Its location is approximately 500 meters east of the historic town centre of Al Bujairi, an area that has been under the administration of the Diriyah Gate Development Authority (DGDA) ever since 2017. The area is within the Diriyah Gate master plan, which is a mixed-use destination that is being planned and developed to become the country’s exceptional and foremost historic lifestyle and cultural destination.

The centre will be in the form of a purpose-built, free-standing, building that offers potential investors such as real estate buyers and land buyers as well as leasing clients an investment of a lifetime opportunity within the DGDA administration area.

Remarks on the contract award

The Design Principal at SSH, Arkam Alshaikhly expressed that it was an honour for the firm to have been appointed by the Diriyah Gate Development Authority for the design development of the Diriyah Sales Centre.

He added that in the past, the firm had delivered several luxury hospitality projects and that they are confident they will not only meet but exceed the client’s expectations on this current project.

Currently, the hotel project is in its final stages of planning. Once fully constructed, the hotel will feature over 100 restaurants, more than 400 luxury retail brands as well as 38 hotel brands.

The Founder and Chairman of Minor International, which is the parent company of Minor Hotels, William E. Heinecke happily stated that they are excited to be a part of the world’s most impressive and exciting collections of hotels within the Diriyah Gate adding that the proposed Anantara Hotel was second to none in terms of both luxury and scale.

On the other hand, the group CEO of the Diriyah Gate Development Authority, Jerry Inzerillo commented that Anantara is one of the world’s most beloved brands and that their unique style of hospitality is the perfect fit for this project in particular. Jerry further added that the project will be a superb addition to what is set to be one of the greatest lifestyle destinations in the world. 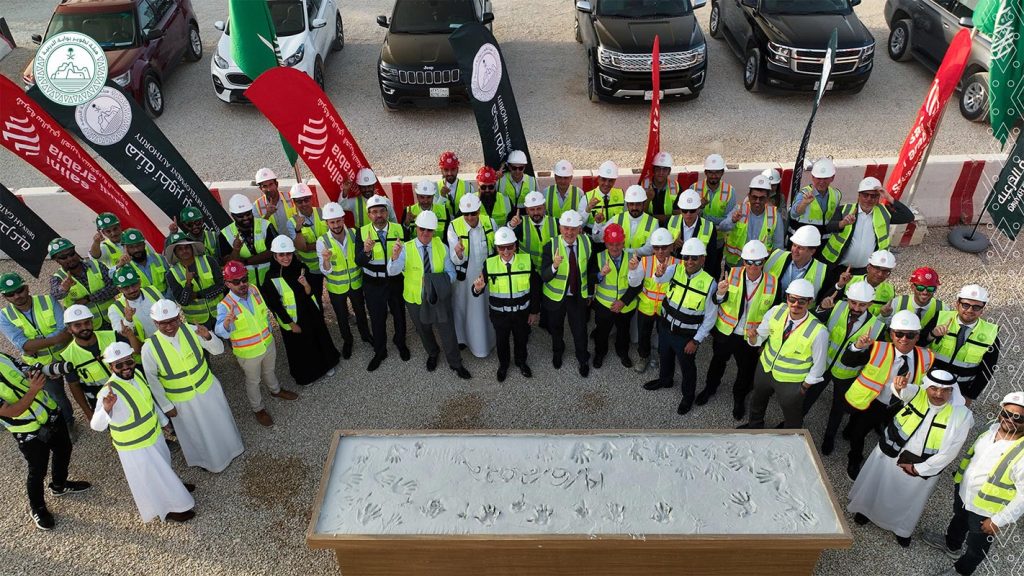 The project features the detailed excavation and backfill of the state-of-the-art three-level underground car park that will significantly support the commercial heart of Diriyah Square by bearing a capacity to accommodate well about 10,500 cars. When it comes to floor area, the car park is approaching 1 million meters squared.

In regards to the layout design that features distinctive ideas with sustainable methods of implementation, a statement from the Diriyah Gate Development Authority revealed that the car park is being structured to become one that is innovative.

The project also aims to improve Riaydh’s urban planning missions as well as contribute towards improving the city’s pathways and roads by making them more easily accessible and appealing through modern designs.

The Group CEO of Diriyah Gate Development Authority, Jerry Inzerillo stated that the project was an enormous moment for the company. He revealed that the project’s contract was for 1 billion dollars and that they’d be working with the best developers and designers in the world.