How renewable energy has changed over the last 10 years

Past years have witnessed a vast change in the mindset where people are advocating and endorsing the renewable means of energy. This change is strongly linked to a plethora of scientific evidence that points towards the fact that mankind will run out of energy resources in the future.

Therefore, depending less upon coal and other non-renewable energy resources was made a priority. Advancements in non-hydro resources of energy production spiked, including devising ways in which energy can be produced by solar and geothermal resources.

However, recently the looming threat of depleting energy sources led to a wave of energy conservation initiatives. Out of these, switching to solar energy was at the top.

Solar energy usage spread rapidly in the industrial sector initially. Use of solar panels for producing electricity in the household sector took a toll. This is when the easy to install, and commendable photovoltaic panels were produced by trustworthy companies. These companies with their outstanding solar sales CRM helped people make the rightful switch to renewable sources of energy.

Due to their flexibility, the organic cells can be incorporated in windows. These are also lighter in weight and can be easily installed and maintained. Is lack of adequate skills hampering growth of construction industry in Africa? Why construction industry in Africa should embrace innovation

The means to store the energy produced by renewable sources is the key behind its vast use. Storing clean energy was a major hurdle in switching to such energy solutions, as energy supply should be uninterrupted and seamless.

Major sources of renewable energy, namely geothermal and solar produce varying amounts of energy outputs. This is why it was quintessential to make clean energy reliable and efficient.

Development of solar batteries helped in resolving this major issue faced by solar energy solutions. The batteries save excess energy for later use when there is less energy available to produce the desired output.

Past years have seen tremendous development in how renewable energy has transformed. Solar panels have become more domestic friendly, while biomass is underway to become the most powerful heat generating system of the world.

This particular change occurring in the renewable energy sector is mostly related to the advancements made in solar energy solutions. Solar panels are no more only rooftop panels, they are also incorporated into windows as sheets, thanks to the organic solar cells.

Also, the solar tiles are prime examples of freedom in designing of the solar panels. They allow retaining the natural look of the building. This freedom of designing has helped in increasing the penetration of solar energy solutions into remote areas. These are the places that were once very far from the electric grid stations.

Previously there were fewer loans available for solar energy solutions. But today, the upfront costs of installing solar panels have decreased vastly. The decrease in these costs has contributed greatly to the increase in installation and easy switch to the clean energy.

Also, the terms of solar energy loans have become lenient; thus, marking a huge change in the industry. Now you can start saving from day one with flexible terms on your solar energy solutions.

6. Going off the grid

Renewable Energy Sources were initially incorporated in the commercial sector. Now their usage has increased drastically for domestic purposes. More and more houses are opting for solar panels to fulfill their power generation demands.

However, over a couple of years, the world has witnessed that the renewable sources of energy are increasingly utilized for providing power to the remote areas. These were previously inaccessible by the electric grid. This has solved one of the major problems of underdeveloped countries, such as Africa, to go entirely off the grid.

Going off the grid means that these areas no more need to rely on extensive transmission lines, to provide the power. Thus, this eliminates the need for installing power plants for these areas. They solely rely on solar panel fields and strong batteries that capture and store excess energy to provide power at night as well.

7. Development in the usage of biomass energy

Development in biomass energy to replace the traditional sources of fuels such as fuel wood and animal dung has taken an impressive leap in the previous years. Most developed countries are progressing toward developing and utilizing the Earth’s heat to make up for the energy requirements. By 2050, it is estimated that up to 50% of the energy requirements will be fulfilled by biomass energy production.

The world is becoming aware of how fast we are running out of non-renewable energy resources. Thanks to tons of campaigns aimed at saving the environment and making people aware of what we can do about it. These campaigns and awareness programs are backed by a plethora of noteworthy environmental studies. They are being carried out throughout the world for more than a decade now.

More and more people are now informed about how they can reduce their carbon footprints and why is it important. The fast growth of renewable energy solutions has made it possible for people to be more considerate towards the environment. Clean energy is the way to an environment that is not depleting its resources, rather it is using them in the most sensible way. 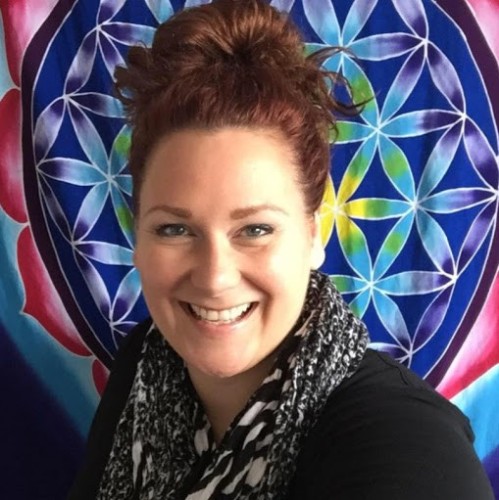 michellejoe524
Author Bio: About Michelle Joe: Michelle Joe is a blogger by choice. She loves to discover the world around her. She likes to share her discoveries, experiences, and express herself through her blogs. You can find her on twitter: @michellejoe524