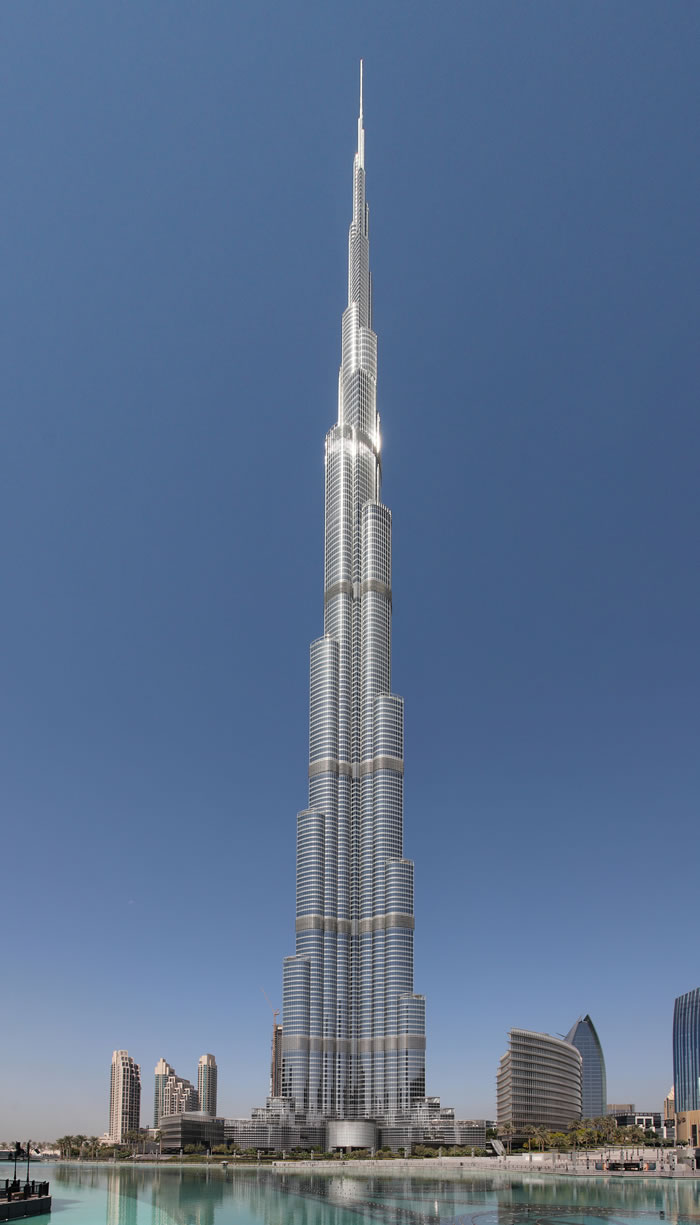 Welcome to the world of the tallest skyscrapers that rise over 40 to 50 floors. These are super tall buildings whose construction demands skill in both design and construction. They stand as records breakers in the construction history for their unique height and are great tourism attraction sites boasting high observation decks. We take a look at the buildings that take the prize for being the tallest

It stands the tallest building in the world, standing out as the Dubai’s new urban masterpiece. It was built in 2010, and it is a super attraction edifice having 162 floors, and reaching a height of 2,717 feet. It also stands as the building with the highest number of stories worldwide, highest occupied floors, highest observation deck and having the only elevator with the longest travel distance in the world.

This tower is the largest commerce project in the history of Taiwan. It was built in 2004, with 101 stories standing at a height of 1,670 feet. Many multinational businesses are hosted here. Its elevator broke the Guinness record for highest speed of pressurized elevators in 2004, with a speed of 1,010M per minute.

This super attraction home was built back in the year 2008, Standing at a height of 1,614 feet, it has 101 floors. It is the second tallest skyscraper in China currently. Its elevator’s speed is 600m/s, and it hosts shops and restaurants in its lower levels, forums, offices, and an observatory arena. It was built in 2010, standing 1,588 feet high. It has 108 floors, hosting key investment banks, an observation deck and several five- star restaurants. This twin tower stands to a height of 1,483 feet, and it has 88 floors. It was set up in 1998, and is located in the Kuala Lumpur City Center. At its 41st and 42nd levels is a world class double-decked bridge which provides a stunning vantage point of Kuala Lumpur city. It also serves a facilitation of movement and an escape route in case of emergency. Where does Africa feature in all this? Well at 732ft the Carlton Centre is the tallest building in Africa. It is situated in Johannesburg South Africa. This skyscraper was completed in the early seventies and by global standards is quite short standing only half as tall as the Petronas Twin Towers. There are other skyscrapers planned but none will come close to any of the four tallest mentioned above