The largest Airports in Canada, North America, by Area By area, Canada is the second-largest country in the world after Russia. With a size of almost 10 Million km2, you can imagine how travel distances in the North American country can be long. In that case, flying is often the best and almost the only option which is why the country has a lot of airports (1620). In this article, we look at the largest airports in Canada by area out of the total of 1620.

The airport covers an area of 20.82 km2 or 5,144 acres, making it the largest airport in Canada and the first on our list. It has a total of four runways, two terminal buildings with 5 concourses for passengers, warehouses for cargo handling, and other infrastructure.

In 2019, Calgary International Airport had a total of 17.96 million passengers and 238,843 aircraft movements making it the busiest airport in Alberta and the fourth-busiest in Canada by both measures. 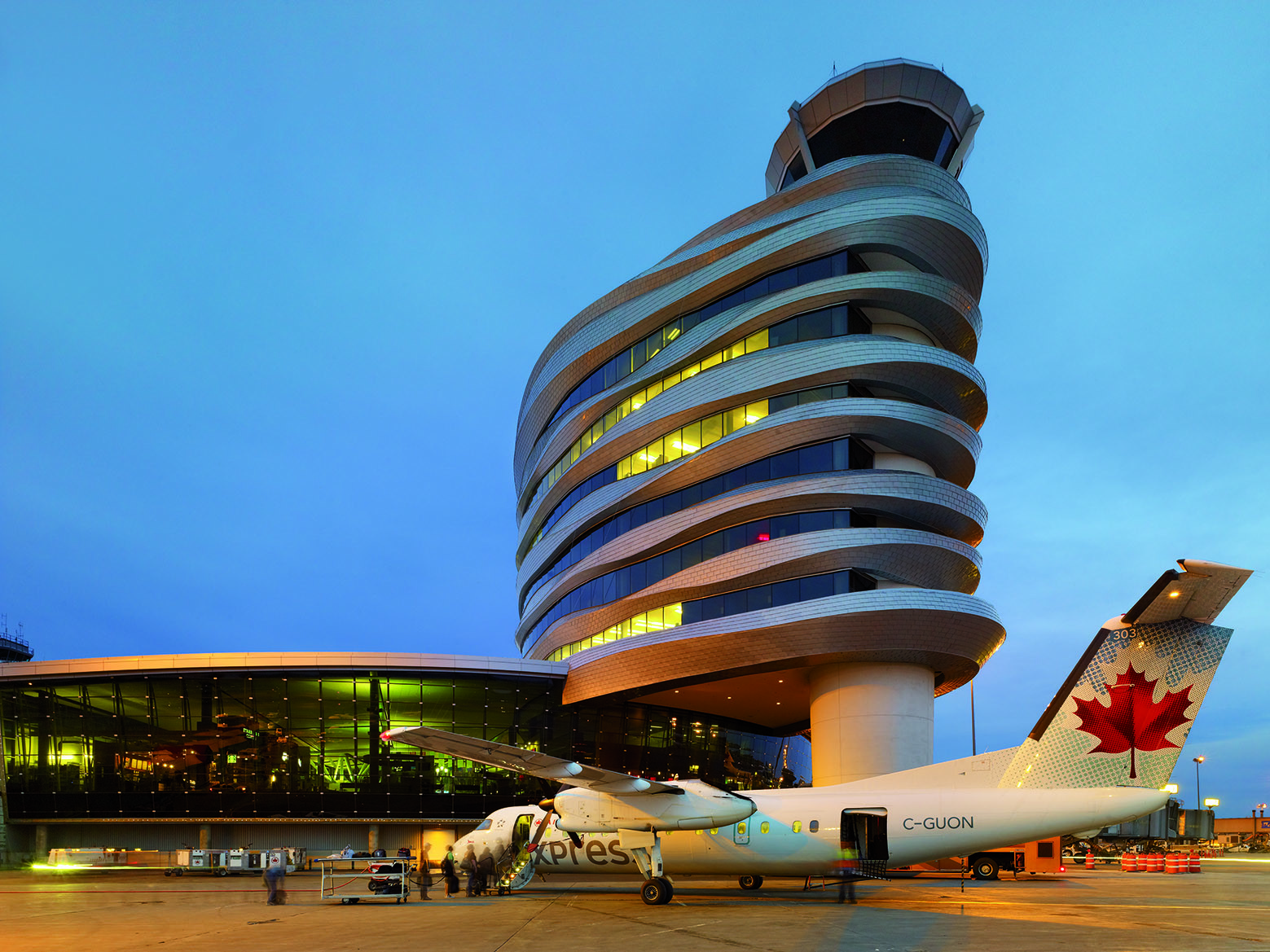 Located approximately 26 km south-southwest of Downtown Edmonton in Leduc County on Highway 2 opposite of the city of Leduc, this is the primary air passenger and air cargo facility in the Edmonton Metropolitan Region of the Canadian province of Alberta.

This is a Canadian airport in Goffs, Nova Scotia, a rural community of the Halifax Regional Municipality that serves the Halifax region, mainland Nova Scotia and adjacent areas in the neighboring Maritime Provinces.

Opened in 1960 the airport has a single passenger terminal with three levels, namely the main, lower, and departure levels and two runways.

The first runway (05/23) is 2,682m long and it features instrument landing system (ILS) category II standards while the second runway (14/32) is 2,347m in length and conforms to ILS Category I standards. 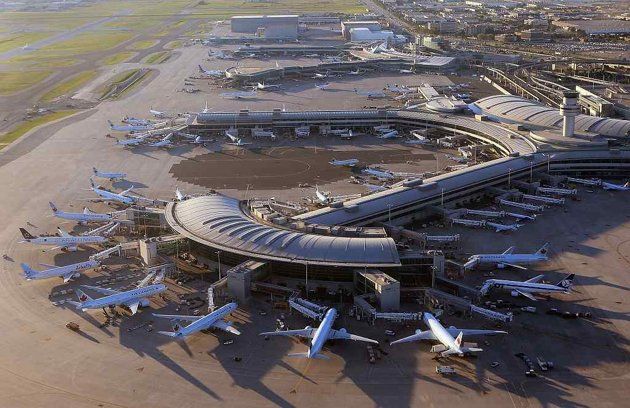 The airport is located 22.5 kilometers northwest of Downtown Toronto with the majority of the airport situated in the city of Mississauga and a small portion of the airfield, along Silver Dart Drive north of Renforth Drive, extending into Toronto’s western district of Etobicoke.

It features five runways and two passenger terminals along with numerous cargo and maintenance facilities spread over a 1,867 hectares (4,613 acres) piece of land.

Opened in 1941, Montréal–Trudeau which was formerly known and still commonly referred to as Montréal–Dorval International Airport, is located in Dorval, Quebec. It serves Greater Montreal and adjacent regions in Quebec and eastern Ontario, as well as the states of Vermont and northern New York in the United States.

The airport features three runways, two parallel runways aligned in a northeast-southwest direction and a single runway in an east-west direction as well as one two-storied terminal, divided into four different zones which are the public area (departures and arrivals level), the domestic jetty, the international jetty, and the trans-border jetty. 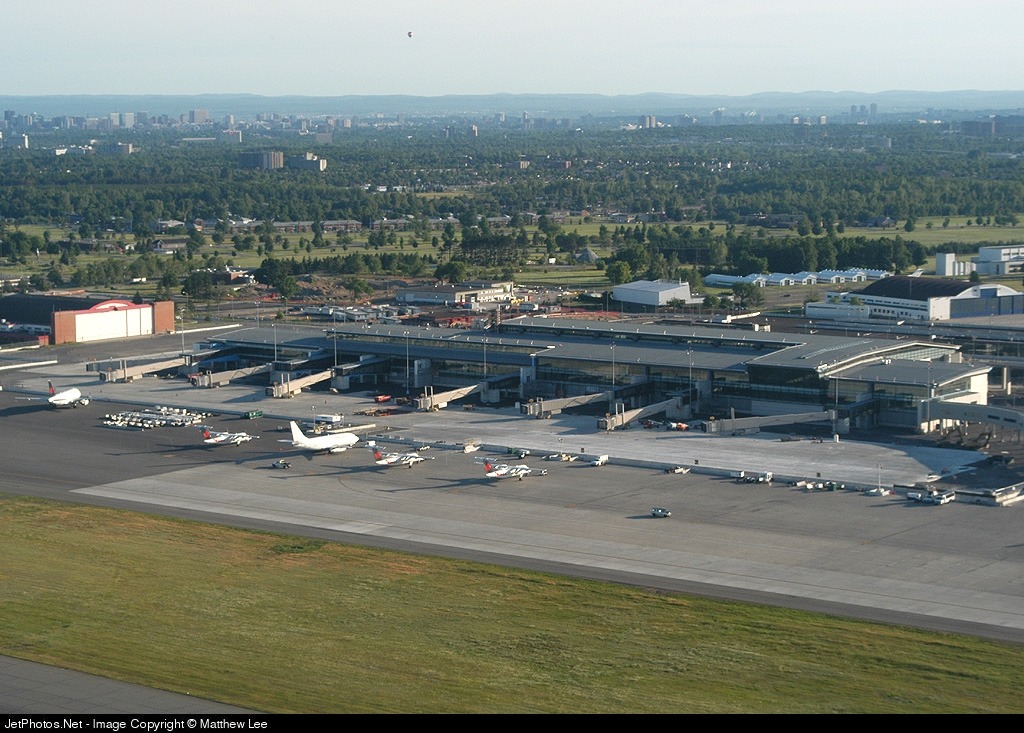 Also known as Macdonald–Cartier International Airport (IATA: YOW, ICAO: CYOW) this is in Ottawa, Ontario, in the south end of the city, approximately 10.2 km south of downtown Ottawa.

The airport used to be a military base known as CFB Ottawa South/CFB Uplands and although it is no longer a Canadian Forces Base, it is still home to the Royal Canadian Air Force’s 412 Transport Squadron, which provides air transport for Canadian and foreign government officials.

It has a single terminal with a total area of 175,000ft2 and three floors, plus three runways paved with asphalt and concrete.

This is located in Richmond, British Columbia approximately 12 km from Downtown Vancouver. It is the second busiest airport in Canada by aircraft movements (306,799) and passengers (25.9 million) behind Toronto Pearson Airport.

With a total of three terminals (the Domestic Terminal, International Terminal, and the South Terminal) and 3 runways, the airport is also one of the few major international airports to have a terminal for scheduled floatplanes.

Located approximately 22 km north northwest of Victoria on the Saanich Peninsula, with the bulk of the airport (including the passenger terminal) in North Saanich, and a small portion of the airfield extending into Sidney, this airport serves Victoria, British Columbia.